Historians have more often than not tried to convince us of the similarity between the Igboman and the Jews.This is traceable to some remote historical similarities yet unproved scientifically.

There are nevertheless, irresistible similarities accounted in the bible in terms of social and cultural similarities traceable to the Igboman and Jewish counterpart. Part of the similarities are the problem of Diaspora or living outside one’s home land, either by exile or deliberate migration in search of livelihood and its consequences

There is also the enterprising capability found in both .these similarities the Igbos supposedly have with Jews, marginally biblical, should also pose a fundamental challenge to him in his Nigerian circumstances.

The experience of settling outside their native homeland was no doubt a common feature of the Jewish people.This experience was usually linked with religious cum-socio-political antecedents and some negative consequences. Explaining the term Diaspora, John Lawrence McKenzie (October 9, 1910 – March 2, 1991), in his book titled “Two-Edged Sword,”the most significant Catholic interpretation of the Old Testament ever written in English, says: This word became a technical term for Jewish communities settled outside Palestine during the last century BC and the 1st century AD.

The settlement of Hebrews outside Palestine began with the deportation of Israelites by the Assyrians and Babylonian kings in 8th , 7th, and 6th centuries BC.

As a contagiously religious people and Gods elect, the Jews were at times allowed to be deported or exiled to other nations by God as a punitive measure for their disloyalty to the divine  covenant. At other times, as a desperately enterprising people with high instinct for survival,they moved out on their own in search of economic leverage as we see them in Egypt in this account of the bible:

“There was famine in every country but throughout Egypt there was food.But when all Egypt too began to feel the famine and the people appealed to pharaoh for food who told all Egyptians: Go to Joseph and do what ever he tells you.Jacob seeing that there were supplies to be had in Egypt said to his sons,’’ I hear he said that there are supplies in Egypt,go down and procure some for us there so that we may survive and not die’’.So ten of Joseph’s brothers went down to Egypt to procure grains in Egypt (Gen.41:54-56.42:1-3).”

In what ever circumstances and for what ever reasons, the Jews found themselves settled outside their land the inescapable consequences were obvious and the experience were horrifying and excruciating to the necking point.These too are the experience of Igbo people of Nigeria today.

Before the civil war , God positioned General Chukwu Emeka Odumegwu Ojuwgu as the military governor of Eastern region, to protect the God elect people of Biafra from the wicked advancing troops whose aim was complete annihilation of Ndigbo, Like at the red sea, just one and last flying ogbunigwe at Abagana miracle saved Biafra from the last and biggest onslaught of the Advancing Murtala Mohamed troop who was bent on the final massacre of Ndigbo, 2OO utility vehicles were blown up with thousands of men and ammunition , Murtala escaped the incident with wound and went to live in uk till the war ended..

There are Many Igbo families living outside igboland whose children cannot speak igbo language but can speak English, house, Yoruba, Efik French, etc fluently. Most of these our children have no sense of our culture and no idea of home land the have blended into the society they find themselves.

I once mate a young man in Cotonou, republic of Benin whom I took for a son of the soil only for me to hear that his last name is kalu, when I asked him, he told me in French that his mother told him that his father is Igbo and I asked where Igbo is? He told me that it is across sme border. It is a common and universal acknowledgement that the Igboman is generally the most traveled, outgoing, enterprising person in Africa.

Though this is inherent in them like their Jewish counter parts but this migration has increased in an arithmetic progression since after the civil war as a consequence of the punishment placed on them for the war, which has left them dangerously destitute, marginalized, deprived, fear stricken, humiliated, with no choice but to seek for survival in any corner of the world that can shield him and family from another kwashiorkor.

The late respected social critic , Gani Fahwehinmi in 2000 Independence Day anniversary stated that the Igbos are the only community that can squeeze water out of stone.

I want to categorically state here that heavy investment outside her territory is where the Igboman has short himself on the foot compared with the Jewish community in Diaspora who is cautioned with a sworn nostalgia to still cherish their homeland and not to forget it while the physical separation and suffering lasts. So he swears ;

“If I forget you, Jerusalem, may my right hand forget its skill.(wither)’’What a great sense of patriotism and homeward and native feeling for one’s soil.What a love for a nation.”

Here is the fundamental difference between the Igboman and the Jews in terms of the positive thoughts of not forgetting his homeland.

The immediate past Nigerian President Dr. Goodluck Ebele Jonathan on 17 March 2014 in Abuja, Nigeria, inaugurated the 2014 national conference, most Igbo representatives whom i refer to here as ”house slaves” went to the conference in high spirit and one common agenda”Resource control.” When their Northern counterparts who are more versed in politics  reminded them, they are also in agreement with the resource control agenda provided they understand that the entire properties in Abuja and its surrounding lands belong to the North and will form part of their resources since its situated in the Northern territory.

From that moment , the ”house slaves” went into their shells and never mentioned resource control till today, yes the Igboman own 90% properties in Abuja, while his local government has nothing , even a commercial shop in case what happened in 1966 rears its ugly head.

The tortoise asked his children ,”how many ugly incidents in your life should teach your a lesson?” I ask Igbo Elites who are busy investing in Lagos and Abuja ”Ihe oga eme unu ugbolo ole ka unu muta ihe.”

This is why we postulated our basic problem has been identified hence we appeal to our brothers and those who take advantage of short coming imposed on us by the system to come to terms and know that ‘’divided we fall, united we stand as a rock’’

From the end of the civil war till date , the Igbos have been systematically denied the privilege or right to federal infrastructural presence, besides the indigenization degree which was promulgated to change economic power from the igboman to the Yoruba and their Northern ally. The shattered Igbo returnees were handed only 20 pounds note to start life while the rest of the country was busy buying up all the major industries in lagos and the North.

Not even a functioning federal industry could be found in igboland except the prisons, even the industries that were functional before the war has been systematically allowed to die, example of which are the Nkalagu cement industry and the expanding coal mining industry.

There are 2 major oil fields in igbo heartland,owned by the Canadian oil giants, Addax Petroleum with 29 pump stations at  at Izombe and 25 pump stations at Ozubolu oil fields .All the directors and senior staff of this company are either Yoruba or Hausa.The Igbos who invested in properties in the south south were given the shock of their lives in the name of abandoned property chaired by the one time senate president, in 1970 when they went back to port Harcourt after the civil war to claim their left overs.

The suffering and suffocation of the igboman in search of economic leverage has left him a constant floating, a constant liquid of pilgrim.This has left in him a complex psychology of living in duality of culture and personality and in complete oblivion of his natural home and its development.

Every Igbo youth at home today is here temporarily, waiting for his brother/uncle in Cotonou, Garbon, Northern Nigeria , lagos ,Abuja Europe and America to take him over for greener pastures .

Since after the civil war, we the people of Mbaise have lost over 100 youths in boat disasters in an attempt to travel to Gabon/Cameroon because they don’t have any choice due to lack of  opportunities for them at home. Even those whose parents want to squeeze their meager income to train in the tertiary institutions, there is serious apartheid in admission procedures in Nigeria with cut-off mark allocated higher for Eastern students while the Northern students gain admission with lower cut-off points.

On graduation, they are sent to the hostile North for one year compulsory youths service corps (NYSC), during which time some of them get murdered in hostilities from the Boko haram Islamic sect and where they survive the Boko haram war, they are faced with toiling the major streets of Abuja and Lagos looking for employment. Sometimes parents have to sell their land to raise bribe up to 200,000 naira to place their wards in federal government opportunity like the police, customs, army, navy federal road safety commission, etc.

The problem the teaming Igbo population face in the project called Nigeria has reached a problematic point of no return that Igbo leaders of thought  must come out now to bring change, yes change for a better home land called Biafra.

It is therefore time for all Igbos to come together with our South South brothers who have always been with us in the struggle for independent state of  Biafra to sing the home bound song, to eschew the burden of self imposed marginalization and march forward as a bunch.

The elites  should put behind, their selfish quest for wealth and find a way to bring all factions in pursuit of Biafra’s self determination under one umbrella with different and well defined functions.

Our people living not only in the North but in the west African sub-region should be encouraged to de-rig and invest towards home .Our rich men should be made to understand the huge advantage of transferring their investments from the North, Abuja and Lagos towards  Biafraland.

Finally, this germane call for closing ranks between the elites and the youthful Biafran agitators is ripe now that the bold young man who has become the face of the Biafran struggle worldwide is under secret Kangaroo trial and our foe are saying, Igbos are not united enough to come to his rescue.Is that true? Are we finished in the entity called Nigeria? Ka Chineke Gozie Okwua.

Next Post REDEMPTION WATCH: On January 15th the End Begins 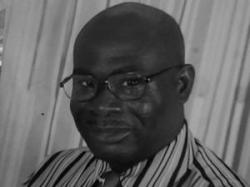 Matthew is a Igbo writer and an engineer with a degree from Birmingham, UK. He now lives in the USA with his wife and children.

Matthew is a Igbo writer and an engineer with a degree from Birmingham, UK. He now lives in the USA with his wife and children.