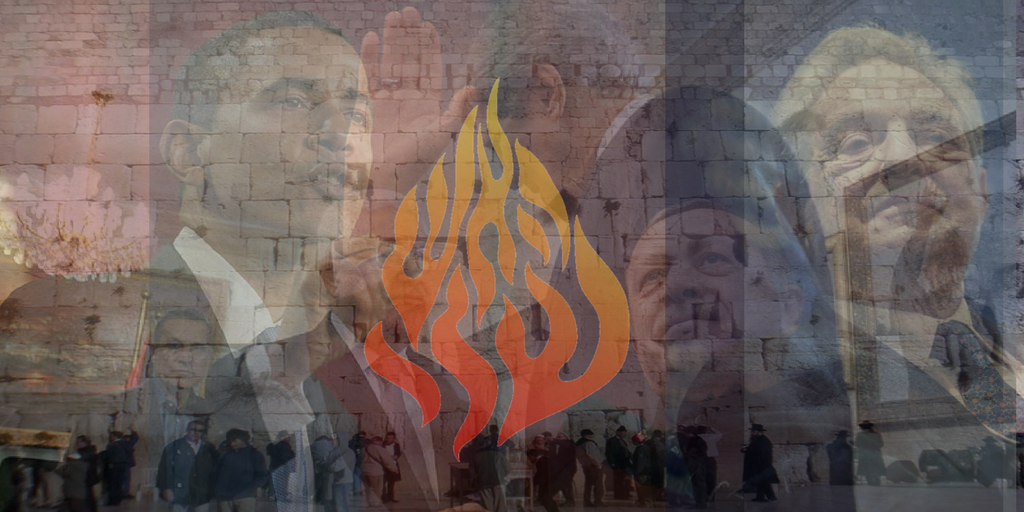 As we creep closer to the end of Barack Obama’s tenure as President of the United States, he and his erstwhile henchman, John Kerry have decided to undertake a full scale war against the tiny Jewish State and in doing so take on G-d himself. With UNSC Resolution 2334 deeming everything beyond the 1948 Armistice line as being occupied territory (including Judaism’s holiest sites) the pair, along with French President Hollande are set for one final battle.

On January 15th, with just 5 days to go until Donald Trump is sworn in as the 45th President of the United States, 70 nations will gather in Paris, France to push Israel into coughing up just enough of its sacrocanct land to create another Arab state, called Palestine.

The French Initiative is about feeding the Islamic beast, so Europe and America can be saved.

Obama and Kerry know what they are doing.  They have been planing this for a few years.  They have been waiting, biding their time until the last moments of their administration in order to put the screws on the Jewish State.

They will have “Palestine” come what may.  This is their dream, their yearning.  Obama and Kerry despise us.  They despise our history and our return. By backing Palestine, they get to be the great refuters of the anient prophecies. “You see!”  they seem to be saying. “We told you the G-d of Israel is not real.”

But the Almighty is real. It is he who has brought us back to our homeland and it is G-d himself who will redeem us at the End of Days.

Ironically it is the very conference in Paris, which instead of removing the hand of G-d from history will act as the catalyst for the final war at the End of Days.

The prophets tell us of a great gathering of the nations of the world to occur right before the Messiah is revealed. This gathering is intended to come against the Jewish people’s hold over Jerusalem. But before they succeed G-d destroys them. In other prophecies as in Zecharia, they fight amongst themselves on their way to taking Jerusalem.

This war is called Gog U’Magog.  The great Chassidic master the Baal Shem Tov teahes that Gog U’Magog is code for the 70 nations. Why? The numerical value of the Hebrew letters of Gog U’Magog is 70.  These are the 70 archetypal nations of the world. These are 70 nations opposite the 70 souls of the House of Jacob.

Why France? France in Hebrew is צרפת.   When shifted around the letters spell פרצת, which in English means to break through.

The 70 nations (Gog U’Magog), the descendents of those that built the Tower of Babel are set the to break he world through to the next stage of humanity by coming against Jerusalem. It is this war, a war against G-d’s own plan that will be the final war.

Our sages teach us not to fear the darkness, because we know that it gets darkest just before the surise.

January 15th is coming.  The nations are gathering and we feel alone. Yet, everything is happening as it should.

This is the final war between good and evil. Rightousness and wickedness.  Between a truly fair society or one that only pretends.

Are you ready for the beginning of the end?