The struggle for an Igbo led free Biafra was led in its early days by many dedicated leaders. One of these leaders the Biafran hero General Joseph Achuzie  has passed to the next world at the age of 89.

He was a courageous and fearless defender of justice and the persecuted. Achuzie was a hero who stood along with his fellow patriots to defend our people and homeland when the Nigerian government in collaboration with the British government dedicated themselves to the total annihilation of the Igbo and the other ethnic nationalities of Biafra, which led to the unconscionable annexation of our home land.

At that most critical moment in our history men and women like Achuzie rallied together and by sheer courage and bravery they fought back and prevented a preconceived total and systemic genocide of our people. A genocide aimed at wiping out the Israelite presence in West Africa. Of all those people who fought to stop the most outrageous and unspeakable evil committed against a people since history on the African continent General Achuzie stood out.

Biafrans of this generation and subsequent ones owe our survival to the courage and sacrifices of such men and women like Achuzie. If an independent Hebrew State of Biafra led by the Igbo people has any hope of transpiring it will need peope like Achuzie her were selfess and courageous and believed in the divine destiny of the Igbo people and their Israelite heritage stemming from the tribe of Gad.

Naa n’udo General, our hero, rest on in the noble company of our reposed ancestors.

Next Post Are the Golan Heights Ground Zero for the Coming Conflict with Iran and Syria? 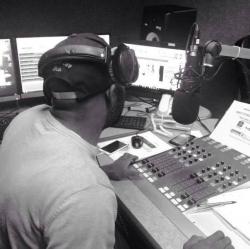 Yahgozie is a member of the Biafra Government in Exile and a long time Igbo and pro Israel activist.

Yahgozie is a member of the Biafra Government in Exile and a long time Igbo and pro Israel activist.