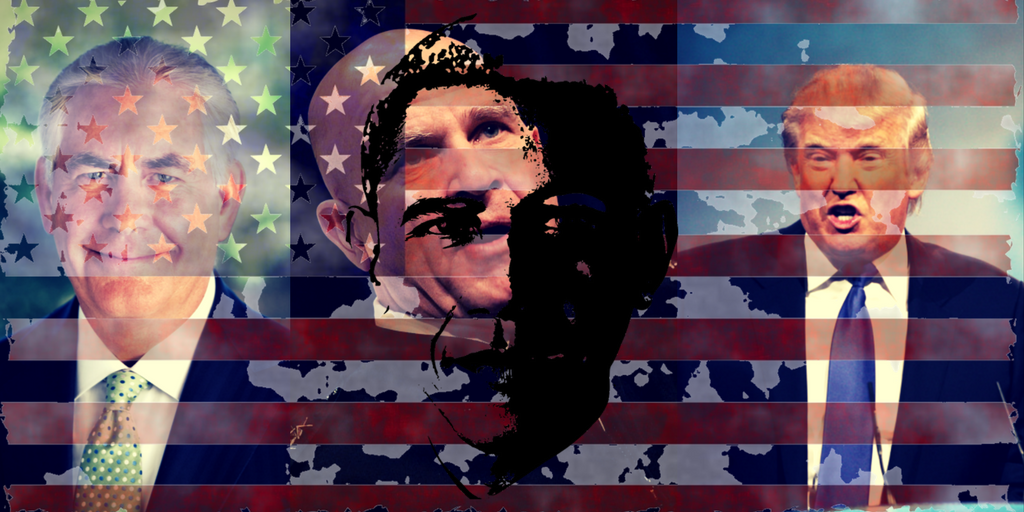 It is obvious Trump seeks a clean break with Obama’s policies. But will the swamp let him?

On Thursday morning, for the second time in so many days, North Korea threatened to attack the US territory of Guam with nuclear weapons. Taken together with Pyongyang’s two intercontinental ballistic missile tests last month, and the US’s Defense Intelligence Agency’s acknowledgment this week that North Korea has the capacity to miniaturize nuclear bombs and so launch them as warheads on missiles, these threats propelled the US and the world into a nuclear crisis.

To understand what must be done, it is critical we recognize how we reached this point. We have arrived at the point where an arguably undeterrable regime has achieved the capacity to attack the US with nuclear weapons due to the policy failure of three successive US administrations.

The Clinton, Bush and Obama administrations all opted not to take concerted action against North Korea, instead embracing the easy road of appeasement. All three let the threat grow as they kicked the North Korean nuclear can down the road. They engaged in nuclear talks with Pyongyang that North Korea exploited to develop nuclear weapons and missile systems.

North Korea’s threats and capabilities tell us that the can has reached the end of the road. It can be kicked no further.

Unfortunately, neither the State Department nor the US media seem to have noticed. Rather than consider the implications of North Korea’s threats and its nuclear capabilities, the major US media outlets and Donald Trump’s political opponents on both sides of the political aisle have opted instead to attack Trump.

The media and Trump’s opponents all focused their responses to North Korea’s nuclear brinkmanship on Trump’s response to the threat. They stood as one in condemning Trump for responding to the ballooning threat by threatening on Tuesday to unleash “fire and fury like the world as never seen” against North Korea if it continues to threaten the US.

TV hosts and commentators bemoaned Trump’s dangerous trigger finger. Democratic Sen. Diane Feinstein said, “Isolating the North Koreans has not halted their pursuit of nuclear weapons. And President Trump is not helping the situation with his bombastic comments.”

Sen. John McCain, one of Trump’s Republican nemeses, similarly attacked Trump and intimated that the US lacks the capacity to follow through on his threats.

“I take exception to the president’s comments, because you gotta be able to do what you say you’re gonna do. I don’t think that’s a way you attack an issue and a challenge like this,” McCain said.

For his part, Secretary of State Rex Tillerson told the media on Wednesday that Trump’s statement was not a threat to use force, per se. It was, rather, an attempt to speak to North Korean dictator Kim Jong Un in a language he can understand, “since he doesn’t seem to understand diplomatic language.”

Tillerson then said that the administration’s policy remains the policy of its predecessors. The US seeks to renew nuclear talks with North Korea if it will just step back from the brink. Last week Tillerson said that the US is not seeking to overthrow the Kim regime. This was an extraordinary unilateral concession to a regime that is developing the means to conduct nuclear strikes against US cities.

What Tillerson’s statement along with the response of the media and Trump’s political opponents all make clear is that at a moment when the US is in critical need of a serious strategic discussion about North Korea, no such discussion is taking place.

And North Korea is not the only threat that the foreign policy elite in Washington – both in and out of government – is failing to address realistically or responsibly.

The absence of serious strategic discourse in the US is just as striking in everything related to Trump’s handling of the Iranian threat.

Over the past several weeks, Israeli officials have expressed dismay at the terms of the July 7 Syrian cease-fire agreement the Trump administration concluded with Russia. As Brig.-Gen. (res.) Yossi Kupperwasser of the Jerusalem Center for Public Affairs explained in a pointed critique of the deal, the cease-fire “tacitly gave legitimacy to the prolonged presence of Iranian and Iranian-backed forces throughout the regions of Syria nominally controlled by the Assad regime.”

Two weeks after concluding the pro-Iranian cease-fire deal, Trump met with Lebanese Prime Minister Saad Hariri at the White House. Ignoring the fact that Hezbollah and Iran control the Lebanese government, and that Hariri, consequently, serves at the pleasure of both, Trump embraced Lebanon as an ally. He pledged continued US support for the Lebanese Armed Forces despite the fact that the LAF is subordinate to Hezbollah. And he extolled Lebanon’s war “against terror.”

In other words, the Trump administration has embraced the Obama administration’s policy of viewing Iran and Hezbollah as allies in a common war against ISIS.

One of the lone voices who opposed this policy was Col. Derek Harvey. Trump’s National Security Adviser H.R. McMaster fired Harvey from his position of Middle East director on the National Security Council last month.

According to a senior US national security source familiar with the issue, Harvey advocated that the administration recognize and act on the growing threat to US allies Israel and Jordan posed by Iran and Hezbollah in Syria.

This week it was reported that both Israel and Jordan briefed US officials involved in cease-fire negotiations and set out their objections to continued deployment of Iranian and Hezbollah forces in the country.

Harvey, the source explains, objected to the Pentagon’s insistence on limiting its discussion of US operations in Syria to the campaign against ISIS. He said that Hezbollah and Iran must also be addressed.

Rather than consider his position, Harvey, the source says, was shot down by his colleagues from the Pentagon who accused him of being a warmonger.

And as a consequence, with US forces fighting side by side with Hezbollah in Syria, and so advancing Iranian control over Syria, the Trump administration’s policy in the country has become substantively identical to that of its predecessor.

As to Iran’s nuclear program, last month Trump again certified that Iran is in compliance with the JCPOA nuclear deal. He did this despite the fact that he opposed recertification. Trump was allegedly was blindsided by his national security team McMaster, Defense Secretary James Mattis and Tillerson, who reportedly insisted that the US has no alternative at this time to maintaining its commitment to the deal that guarantees Iran will be in North Korea’s position within 13 years.

National security sources in Washington dispute this claim. One source reveals that between Trump’s electoral victory and his firing last month, Harvey developed a detailed plan for withdrawing the US from the nuclear deal but that McMaster prevented him from presenting his plan to Trump.

Whatever the case may be, the fact is that at least for the next 90 days, the Trump administration remains committed to Obama’s Iranian nuclear deal.

Unfortunately, if the US does not act swiftly to forge and implement a strategy for denuclearizing North Korea, it may well face the specter of a nuclear-armed Iran in possession of ICBMs in much less than 13 years.

This is the case for two reasons. First, nothing happens in isolation.

If the US does not attach Trump’s threat to attack North Korea to a credible strategy for removing North Korea’s nuclear arsenal, then Iran will draw the appropriate lessons.

The second reason Trump’s response to the North Korean nuclear crisis will directly impact the burgeoning nuclear threat of Iran is that there is strong circumstantial evidence that the two programs are connected. Indeed, they may be the same program.

In the past, CIA officials have claimed that Iranian observers have been present at North Korean nuclear tests. Iran also reportedly financed the Korean-built nuclear reactor in Syria that Israel reportedly destroyed in 2007.

If the circumstantial evidence linking the two nuclear programs is correct, then whatever North Korea has will be possessed by Iran in short order.

It is certainly possible that there is more happening behind the scenes in Washington than anyone can possibly know. Far from the television cameras, US national security officials may be configuring strategic goals and programs that will enable Trump to abandon Obama’s failed policies in relation to North Korea, Syria and Iran and move the US – and the world – in a safer and more secure direction.

Unfortunately, in light of Tillerson’s claim that the US seeks to return to the negotiating table with North Korea, and given the administration’s decision to continue to implement Obama’s pro-Iran and pro-Hezbollah policy in Syria and Trump’s second certification of Iranian compliance with Obama’s nuclear deal, it is certainly easy to conclude that this is not the case.

As Kupperwasser noted in his essay on the dangers the US-Russian Syrian cease-fire deal pose to Israel and Jordan, Trump’s abidance by Obama’s pro-Iranian policies in Syria “worries Israel… because it casts doubt over the depth of American commitment, the ability of the Americans to deliver, or the relevance of the ‘Art of the Deal’ to the Middle East and international politics.”

It is obvious that Trump continues to seek a clean break with Obama’s policies. But as his critics’ piling on against him following his threat to North Korea and the State Department’s determination to maintain Obama’s failed policy of appeasement toward Pyongyang both make clear, more than anything else, Trump needs advisers who are capable of helping him achieve this goal. He needs advisers willing to stand up to the pressure and the inertial force of the foreign policy bureaucracy and capable of having a serious strategic discussion about how to proceed in an international environment that grows more daunting every day.