Global terror attacks dating from 9/11, London, France, Belgium, Kenya, Pakistan and the ongoing Boko Haram in Nigeria as well as many other wars across many nations of the world all point to a similar source, Islam.  In the wake of the European migrant crisis the door has been opened to a new wave of terrorism that can affect most countries in Europe.

According to the demographer Michèle Tribalat, there are about 20 million Muslims in Europe, with some 5 million of them in France. This amounts to roughly 8% of the population of France. The USA, UK, and Germany have 5% respectively.

Both the Charlie Hebdo along with another attack at a Paris kosher market days later, was carried out by French Muslims that were North African and West African Migrants. Well before the attacks, which left 17 dead, the French were discussing the possibility that tensions with the country’s own Muslim community were leading France toward some kind of armed confrontation.  Europeans would have never handled such a massive in flux of Muslim migrants at any other moment in their generally xenophobic history. The movement of Muslim migrants coincided with a collapse in European birthrates, which has given the current immigration a nearly unstoppable momentum.  With the rise of modern political Islam, which injected Islam with a radical ethos, the migration crisis has now become a threat to world peace.

How can it be Curbed?

There has long been a growing political relationship between the Israeli government and most sub-saharan African countries. In these ties lie the solution and shield against the scourge of radical Islam.  Those African countries at war with radical Islam have found Israel to be an experienced and reliable partner. Beyond security, Israel is seen as an ally with little historic baggage and with little interest in undermining the sovereignty of African nations.

The ties between African-Israeli relations can be traced back to the dying embers of colonialism in the mid-1950s. This was followed by a formal recognition of relations through the establishment of official channels. One example is the setting up of the Israeli Embassy in Accra, Ghana in 1956.

From the beginning of its inception, Israel’s own war against Arab nationalism made it a necessity to search elsewhere for partners. Israel being encircled by hostile Arab countries gave it the impetus to build relationships with the newly independent African countries (as well as in Iran at that time). It is important to note that Israel’s motives to provide aid to Africa were driven by ideology, as opposed to the post-colonial guilt motives of the British and other nations.

In the 1970s due to many anti-Israel votes cast by African nations at UN-Conferences, Israel’s political motives moved from being ideological to pragmatic. Israel began to target only African countries where it had clear strategic or economic interests the Israeli presence grew at a fast pace.

The nature of African-Israeli relations has been determined by key changes in the global geopolitical arena. After the burden of colonialism had been lifted off African shoulders, Israel embarked on establishing diplomatic missions based on a twofold policy of diplomacy and technical cooperation. 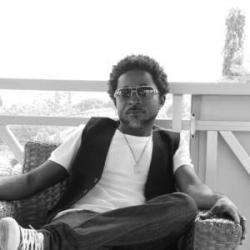