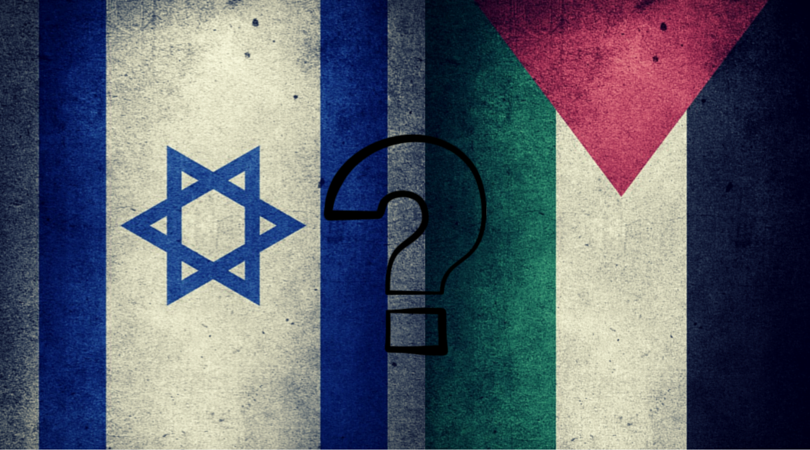 One of the most perverse paradoxes in the political discourse on the Israeli-Arab conflict is that the people who supported the two-state principle should have been its fiercest opponents — at least if we are to judge by the “enlightened” moral values and progressive political pragmatism they purportedly invoke for endorsing it.

For even the most perfunctory analysis quickly reveals the two-state endeavor to be not only an exercise in utter futility, which will not attain any of its declared aims, but one that is both self-obstructive and self-contradictory. In fact, it would most likely bring about the exact opposite of its stated aims.

The two-state endeavor is immoral, irrational, and incompatible with the long-term existence of Israel as the Jewish nation-state.

It is immoral because it will create realties that are the absolute negation of the lofty values invoked for its implementation.

It is irrational because it will generate the precise perils it was designed to prevent.

It is incompatible with Israel’s long-term existence as the Jewish nation-state because it will almost inevitably culminate in a mega-Gaza on the outskirts of the greater Tel Aviv area.

Why the two-state endeavor is immoral

Indeed, given the socio-cultural conditions in virtually all Arab countries, and the precedents set in Palestinian-administered territories evacuated by Israel, the inevitable outcome of the two-state notion is not difficult to foresee. Indeed , there is little reason to believe (and certainly two-state proponents have never provided anything approaching a persuasive one) that any prospective Palestinian state, established on any territory Israel evacuated, will quickly become anything but yet another homophobic, misogynistic Muslim-majority tyranny.

Why on earth then would anyone who allegedly subscribes to values of gender equality, tolerance of sexual preferences and political pluralism endorse any policy that would almost certainly obviate the ethical tenets they purport to cherish? On what basis could advocating the establishment of such an entity be made a claim for the moral high ground — or indeed for any moral merit whatsoever?

Why the two-state endeavor is irrational

But it is not only in terms of moral outcomes that the two-state paradigm is a perversely self-obstructive endeavor. The same is true for the practical outcomes that it will almost certainly precipitate.

It is hard to say what has to happen before it is recognized that the land-for-peace doctrine, on which the two-state concept is based, is a perilously counterproductive endeavor — as it has in every instance it was attempted, not only in the Arab-Israeli context, but whenever an effort was made to appease tyranny with political concessions and territorial withdrawals.

For whenever that unfortunate formula has been applied, rather than result in peace, it has produced increased violence and bloodshed. Every time territory has been relinquished to Arab control, that territory has, sooner or later — usually sooner rather than later — become a platform for launching lethal attacks against Israel: Almost immediately in Gaza, within months in Judea and Samaria, within years in southern Lebanon and after several decades in Sinai, which is now descending into the depths of depravity and unspeakable brutality — with no good options on the horizon.

In light of the grim precedents provided by previous land-for-peace experiments, together with the no less grim trends in Arab society in general and Palestinian society in particular, continued insistence on this fatally flawed formula is both gravely irrational and grossly irresponsible.

Why the two-state endeavor is incompatible with Israel’s existence

Thus, apart from wishful thinking, dangerously detached from any prevailing (or foreseeable) reality, stubborn adherence to the two-state dogma has no value — neither in terms of its moral merits nor its political pragmatism. Worse yet, the pursuit of it is totally incompatible with Israel’s long-term existence.

To grasp the fundamental validity of this seemingly far-reaching statement it is necessary to recognize that today, with the changing nature of Arab enmity, the major existential challenge to Israel’s existence as the Jewish nation-state is no longer fending off invasion, but resisting attrition.

Nowhere was this more starkly evident than in the 2014 Operation Protective Edge in Gaza, where continued bombardment resulted in the evacuation of entire Jewish communities in Israel’s south.

Without compelling evidence to the contrary, there is little reason to believe, and certainly to adopt as a working assumption, that the realities in the south will not be repeated on Israel’s eastern border — with several chilling differences.

The most plausible outcome of an Israeli evacuation of Judea and Samaria is the emergence of a mega-Gaza on the very outskirts of the greater Tel Aviv area and other major urban centers in the heavily populated coastal plain. But unlike Gaza, which has a border of 51 kilometers (32 miles) and no topographical command of adjacent territory inside the pre-1967 frontiers, the situation in Judea and Samaria would — to understate the case — be alarmingly different.

“Depraved indifference” of the two-state paradigm

Any Arab entity set up there would have a front abutting Israel’s most populous area, of about 500 kilometers (about 300 miles) and total topographical superiority over 80% of the country’s civilian population, vital infrastructure systems and 80% of its commercial activity.

All of these will be in range of weapons used against Israel from territory evacuated and transferred to Arab control. Accordingly, this grim caveat cannot be dismissed as “right-wing scaremongering” for it is merely the empirical precedent.

Any force deployed in these areas — whether regular or renegade — could, with cheap readily available weapons, disrupt at will any socio-economic routine in Israel’s coastal megalopolis, turning the popular tourist city of Netanya into a Sderot-by-the-sea, and making the attrition in daily life increasingly onerous.

There is, of course, little dispute over the assessment, that if Israel were to evacuate Judea and Samaria it would almost certainly fall into the hands of Hamas-like elements, or worse. At the very least, such an outcome is highly probable. Indeed, the only way to ensure that what happened in Gaza does not happen in Judea and Samaria is for Israel to retain control of this territory — thereby obviating implementation of the two-state formula and the emergence of a Palestinian state.

Surely then, given the grave — indeed, existential — risks inherent in the two-state paradigm, considerably heightened by the precarious position of the current regime in neighboring Jordan, threatened, as it is, by ever-ascendant Islamist elements, would it not be eminently reasonable to consider further advocacy of this perilous prescription as “reckless endangerment” — even “depraved indifference”?

Accordingly, with the catastrophic consequences of continued insistence on the quest for a two-state resolution of the Israel-Palestinian conflict an ever more ominous likelihood, a determined search for plausible and durable alternatives — more moral, more rational and more compatible with the survival of the Jewish nation state — is now an urgent imperative.

(This article was originally published on Israel Hayom)