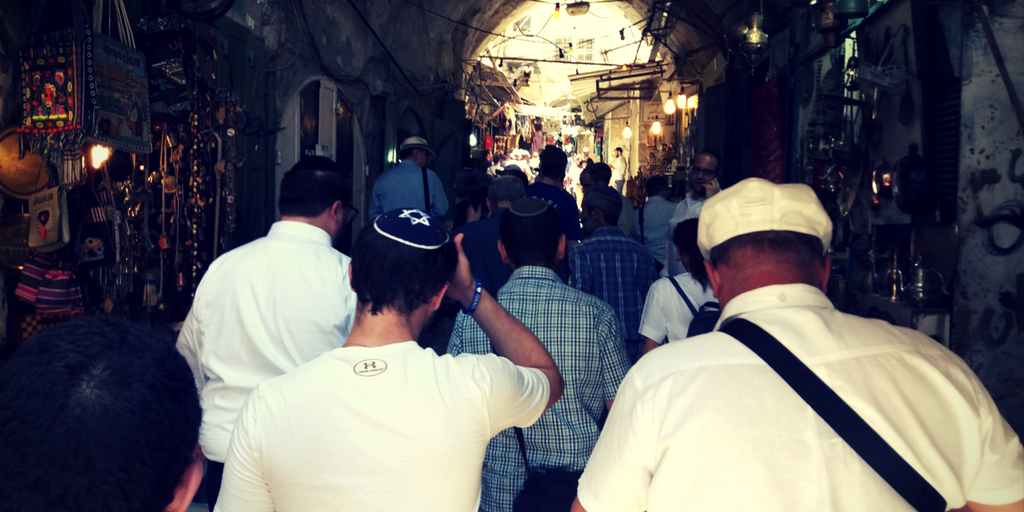 In a short and poignant ceremony David Wiseman, spoke about his connection to the Land of Israel the desire to make a real difference in Israel’s struggle to build in Jerusalem that led him to buy a small storefront steps from the Temple Mount.  With a small group of activists on hand, including Rav Aviner and City Council Member and head of the Israel Land Fund, Aryeh King, the storefront felt alive.

“Everyone is supposed to own a piece of Israel,” Wiseman said. “So I decided to buy this small place to make a real difference here.”

The strategic importance of the storefront, while small in size is vital as it provides a Jewish presence on a major thoroughfare to the Kotel and the Temple Mount.  The South side of Shalshelet Street known as the “Arab Shuk” was traditionally Jewish.  Most of the stores while currently occupied by Arabs had been fully owned and operated by Jews until the final expulsion by Jordanian forces in 1948.  The reclamation of this area and return of these properties to Jewish hands is part of a larger struggle to ensure a Jewish Jerusalem. Although Wiseman bought the storefront from a Jewish educational institute, it had been previously unused due to the location.

Rabbi Ben packer of the Heritage House, who has been an integral part in preparing the property for use said the following:

“Today at the dedication of another Jewish store in the “arab shuk” of the Old City we strengthened the Jewish Presence both physically and spiritually. This is the correct formula for total victory, may it come soon.”

The Heritage House has been increasing its role in the past two years by providing young Land of Israel activists a platform to help secure and renovate returned Jewish property in Jerusalem and Hebron.

Watch the event below:

David Wiseman leads a group including Rav Aviner and Aryeh King to his store, just steps from the Temple Mount.

David Wiseman, owner of the store with Rav Aviner

Gershon, the manager of the new store next to Rabbi Ben Packer of the Heritage House.