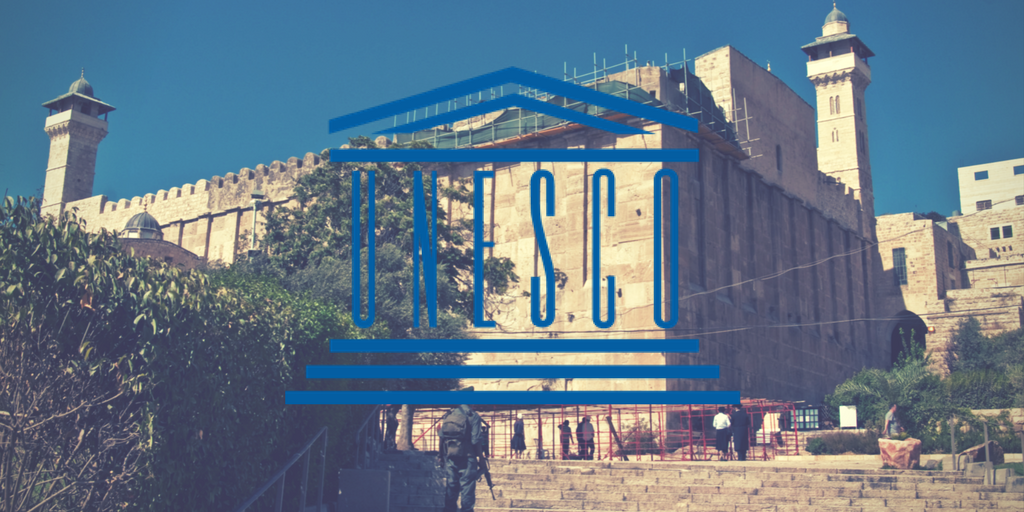 On Friday, UNESCO voted in a secret ballot to declare that Hebron’s Tomb of the Patriarch is actually an Islamic and Palestinian Word Heritage site. This vote disregarded the Jewish connection to the city and the Cave of the Patriarchs entirely.

Naftali Bennett, Israel’s Minister of Education responded with the following:

“The Jewish connection to Hebron goes back thousands of years. Hebron, the birthplace of King David’s kingdom, and the Tomb of the Patriarchs, the first Jewish purchase in Israel and resting place of our forefathers – are our people’s oldest heritage sites,” he said. “Unesco’s resolution must be rejected, and our efforts to strengthen the city of our fathers increased,” he added.”

Nikki Haley, the US ambassador to the UN slammed the decision as well.

“The UNESCO vote on Hebron is tragic on several levels. It represents an affront to history,” Haley said in a statement.

“It undermines the trust that is needed for the Israeli-Palestinian peace process to be successful,” she said. “And it further discredits an already highly questionable UN agency. Today’s vote does no one any good and causes much harm.”

“The United States is currently evaluating the appropriate level of its continued engagement at UNESCO.”

In order to fully understand where to go from the UNESCO travesty, one must understand the partnership the agency and the Palestinian as well as the broader Islamist goals are in Israel and beyond.

The Palestnians were created in 1964 by Yasser Arafat when the Arab world realized they needed some sort of indigenous claim to the Land of Israel, as their broad claim of Zionist colonization failed to make any imprint on a post World War Two Europe and America.

So, in a strategic switch the PLO was born and somehow rewrote history in a bid to claim the mantle of the truly indigenous people belonging to the Holy Land. In 1967, when the Jewish people liberated the heart of their homeland in Judea and Samaria as well as the Golan, Gaza, and Sinai, the newly created “Palestinians” claimed their Land was being colonized even more.

Of course, history shows this is all nonesense as the influx of today’s Palestnians came in waves and usually mirroried Jewish immigration to the Holy Land.  In the 1860’s according to Turkish records the majority population Jerusalem was already Jewish. Beyond Jerusalem, the ancient cities of Sefat and Tiberious had Jewish populations as well as Hebron’s Jewish community that went back well over a thousand years before the Muslum conquest.

This is not to say there were no Arabs, there were. Many of these Arabs came from Syria and even Chechnya or Turkey. A small minority of indigenous Arabs lived in the Southern Hebron Hills, most likely dscended from Jews who vere forced to convert around the 9th and 10th centuries.

It was not until the early 1900’s that Turkey began to encourage intra-migratrion within its empire as to offset the growing Jewish population.  By the time the British took over the Holy Land and renamed it Palestine, the Arab population had artificially exploded.

The Palestinians have no indigenous culture.  They, like the broader Islamist movement sees others’ indigineity as an emotional affront to their lack of historical claims here in the Land of Israel and elsewhere.  Instead of accepting history, they have learned that they have willing partners in the international community that will simply help them appropriate it.

Hebron is the earliest site of spiritual significance to the Nation of Israel and the Jewish people.  Allowing a group of clans that moved to the area relatively recently to claim historical connection to the site that was actually built by the King of Judea is absurd and renders their ability to detect right from wrong obsolete.  Of course, truth is not UNESCO’s or the Palestinian’s goal.

UNESCO believes it’s mandate is to encourage the appropriation of history so as to not be bothered by the Jewish people’s steadfast return and reclaiming that which is mandated by heaven as well as acquired here on earth. Afterall, for UNESCO, the Holocaust is but a distant memory; one where a European group called the Jews were sytematically murdered.

For UNESCO, these Jews are just Europeans with no historical orindigenous claims within the boundaries of ancient Israel. Of course, this is also a perversion of history Israel is made up of Jews of all backgrounds, with a majority from Arab lands. Not to mention, Jews of European descent can trace their origin back to Israel. Once again, history and truth has no place in UNESCO’s perception of reality.

The faster that Israel works to ensure that Hebron is an indisputable part of the State of Israel by providing easy access to its Holy Sites as well as encouraging continued purchasing of private homes by Jews within the ancient city, the faster the world will have to come to a conclusion that the Jews of old have actually returned to their forefathers’ Land.