(Republished with author’s permission from the Algemeiner news website)

In December both Palestinian Authority President Mahmoud Abbas and Vladimir Putin each called for the Quartet on the Middle East to be the sponsor of future negotiations. But why? The Quartet was established in Madrid in 2002 and is comprised of the United Nations, the European Union, the United States and Russia. It has been irrelevant for many years — at least since May 2015 when Tony Blair officially resigned from his role as Special Envoy for it and very arguably long before that. The Biden administration will have the chance to have the U.S. leave the Quartet and it should exercise the opportunity as soon as possible before Abbas’s offensive on the Quartet’s behalf sees success.

A review of the Quartet’s website is instructive in examining why Abbas has been so vocal lately about his support for the Quartet’s increased involvement. The entire approach of the Quartet to the conflict is contrary to Israel .

The tagline that is included at the top of every page of the Quartet’s website is “supporting the Palestinian people to build the institutions and economy of a viable, peaceful state in Gaza and the West Bank, including East Jerusalem.”

It’s important to break down that sentence.

First, the tagline does not mention Israel at all. That, in and of itself, is an important fact that cannot be defended in any way. How can you be about making peace between two sides and ignore the very existence of one side?

Second, Israel’s major cities and Ben-Gurion International Airport would be within easy rocket range of terrorists sitting on the Palestinian side of the border of a “West Bank” state. Who honestly believes that a new Palestinian government would stamp out the terrorists? Does anybody remember the Oslo Accords, which obligated the Palestinian Authority to outlaw and disarm all terrorists? Who enforced that? Who will enforce future Palestinian compliance?

Not only that, but by linking the Hamas-controlled Gaza terror statelet that now exists with a proposed entity in Judea-Samaria (what the Quartet partisanly labels the “West Bank”) and the Quartet necessitates the creation of a tunnel and/or railway linking Gaza to the P.A.-run territories. Such territorial contiguity would endanger Israel’s security is a very widely accepted fact by Israel’s defense policy establishment.

And that is in part because a tunnel and railway would slice across Israel’s middle and would connect, and thereby significantly strengthen, the potential military capacity of these two perennially hostile anti-Israel regimes. Hamas already takes advantage of every current opportunity to send terrorists from Gaza into Judea and Samaria, so just imagine what it would do if it is given a highway and railway tunnel system through which it could send whatever it wants.

If Israel tried to interfere with Palestinian Arabs using that corridor, it would become the subject of severe international condemnation. The United Nations would almost surely threaten sanctions, as would the European Union. Under such pressure, Israel would hesitate to act—thus effectively tying its hands in the face of a terrorist buildup.

Another issue with the Quartet’s mission statement that must be confronted is the use of a place named “East Jerusalem” when no such place has ever existed in Middle East history. The name “East Jerusalem” is an artificial construct that supporters of the Arab argument use in their propaganda to make it appear as if that part of the city is an intrinsically Arab area that Jews are illegally entering.

At the time Israel haters created the name “East Jerusalem” it was for one reason: They sought to rip Israel’s capital apart to defeat Israel. What it is that they are really saying with the term is that Jerusalem’s Old City and its surrounding neighborhoods are not part of Israel or part of Israeli Jerusalem itself. The original and oldest parts of Jerusalem are what they falsely label “East Jerusalem.”
Led by Mahmoud Abbas, the P.A. understands that the Quartet’s envoys and its bureaucracy are biased in their favor, even more so than the United Nations, and that is why Abbas is so focused on bringing the Quartet back into the picture. Abbas must be prevented from reactivating the Quartet as a player in Middle East affairs.

The Middle East’s political climate has changed remarkably in the last several years, largely due to the work of the Trump Administration’s Middle East team. One thing that the Biden administration can do to not squander what has been accomplished is to bring a swift end to U.S. sponsorship of the Quartet. It has shown that it is systemically incapable of being a fair arbiter as far as Israel is concerned. Ending US involvement in the Quartet will cause its collapse and that is a good thing.

Next Post Pelosi's Coup Attempt Is About Protecting China and Iran 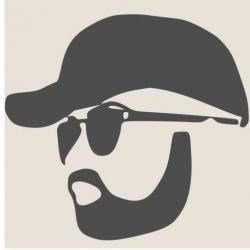