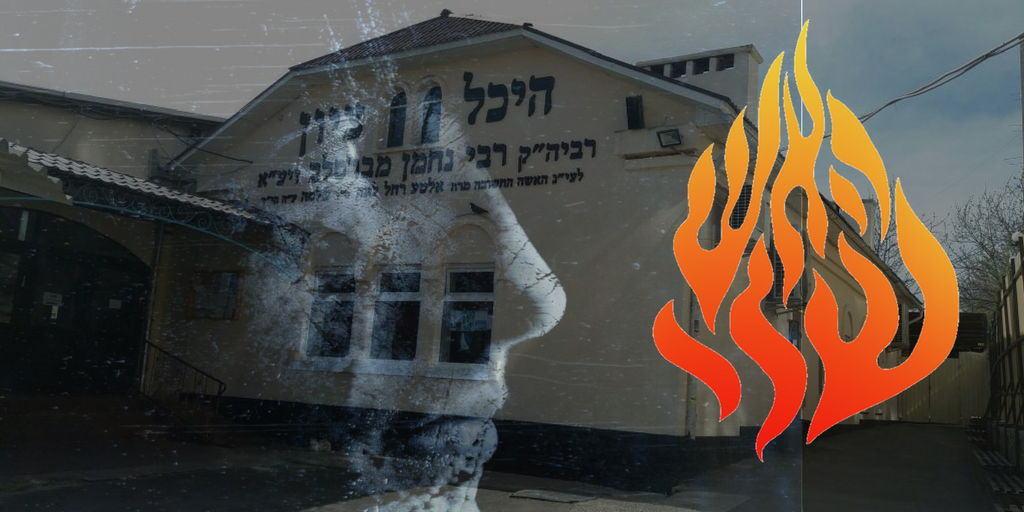 There is a light growing in the world.  It is hidden behind the veil of our everyday redundancy, but it is still there none the less. We can feel something happening.  A great movement away from the globalist consumerism that has enveloped all of our lives.  Smartphones, Internet, Netflix, Amazon, and so on.  The globalist elite understand there is something afoot.  Something powerful. But they cannot stop it. It started small after the fall of the Soviet Union, bu the awakening promised in the prophets is happening.

In a city in central Ukraine, Rebbe Nachman is buried.  He was the great grandson of the Baal Shem Tov and the young leader of the Breslov movement of Chassidus. At 38 he already knew his life would be cut short by tuberculosis and so decided to travel to Uman with his most trusted followers six months before his death. Rebbe Nachman chose Uman early on as his final resting place for a variety of reasons.  It was there he said, “A place was prepared for me from the beginning of Creation.”

Rebbe Nachaman taught almost 200 years ago that a flood of G-Dlessness would fill the Earth. This would be the real war, a complete spiritual attack on humanity’s belief in a single active Creator responsible for every moment of our reality. This attack would be on what we call Emunah, the pure faith in the Almighty’s providence with every facet of his creation.

This war has filled our lives.  It is the war the globalists who are a manifestation of the husks of the Other Side wage on the common person.  Their war is a war built around money, war, and control.  They spread disinformation and lies, which lead to depression and sadness. These globalists maybe faceless and hide behind the zeros and ones of the computer screen, but make no mistake they are there.

It is for this war that, which is spiritual in its nature that Rebbe Nachman chose to be buried in Uman. Knowing that the Land of Israel would be the foremost target of the forces of evil at the End of Days, a place outside of their radar was prepared for us to recharge for the fight at hand.  Uman is this place.

Uman has always been central to the Jewish experience during the painful exile.  It was there Chmielnicki massacred thousands of Jewish men, women, and children.  He dumped them in a mass grave on the very hill, Rebbe Nachman chose to be buried on over 150 years later.  In 1920, 3000 Jewish inhabitants were murdered by their Ukrainian neighbors, and during World War Two, the Nazis laid waste to the rest.  It is within this place of deep darkness Rebbe Nachman chose to fight his war.  Why in such a place of great pain? Because the forces of evil have no way of attacking him and his mission there. They can issue decrees only in places of overt light, like the Land of Israel, but in Uman the mission is kept hidden as it prepares to burst open.

My first trip to Uman on Rosh Hoshana was nearly eight years ago.  Then there were 35,000 visitors, praying more intensely than anywhere else I had ever seen.  There was no inhibition.  The same person outside of Uman, even in Israel is trapped by his doubts, fears, and worry, but in Uman I saw my fellow travelers experience freedom.  I felt free. This past year the number doubled to 70,000. Rebbe Nachman can be felt everywhere. Singing, dancing, joy, and deep personal prayer can be experienced everywhere. It is this light, that Rebbe Nachman promised he would give us that is so necessary to be brought back to the Land of Israel and spread to throughout the world.

With the above in mind I took my two oldest boys to the Ukraine last week. We visited grave sites of many chassidic leaders and ended our journey in Uman.  We prayed and connected and saw that even during the year, on the quietest of days, there are many visitors from around the world.  Both religious and non-religious are journeying to Rebbe Nachman to reconnect to themselves.  It is said the Tzaddik stands at the center of a great maze. It is this maze each one of us is trapped within, seemingly unable to find the way out.  The Tzaddik can see all of our paths and although physically passed from he Earth, it this ability gained from completing the maze himself that gives him the ability to lead each one of us out of our maze.

Rebbe Nachman told his followers “My Light will burn until the coming of the Messiah.” With Putin spreading war into Ukraine and Syria and Iran and Hezbollah poised to strike Israel. While the USA is set to go head to head against North Korea in a nuclear confrontation, there is one place that has the power to lift us beyond the darkness and depression those in “control” have injected us with.

Rebbe Nachman teaches that the light of the true Tzaddik always shines. It is this light, which has the power to open our eyes to the truth of the Creator’s guidance of all of Creation for tha is the role of the Tzaddik, to awaken and guide us.

This light of the true Tzaddik is found, hidden away in Uman, ready for each of us to discover it for ourselves.