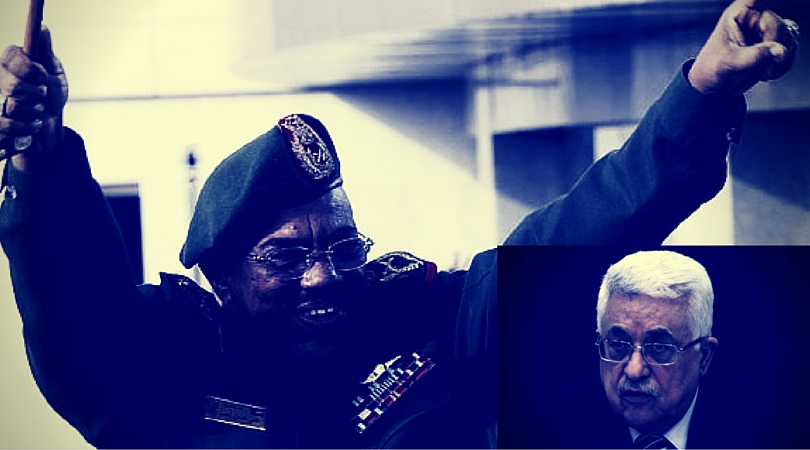 So the best the Palestinian Authority can do on the African continent is to partner with Sudan? Somehow partering with a genocidal radical Islamic regime does not sound like a good PR move.  Then again, Abbas had very little to choose from.  Rwanda, Kenya, Ethiopia, South Sudan, Tanzania, Uganda, and now Guinea have all pushed forward their relations with Israel.  This is besides Ghana who has been a stable partner of Israel since th 1990’s.  In the coming weeks Togo too will be publicly reaching out and moving forward with Israeli partnerships.

The irony of a known terrorist turned politician in the form of Abbas running to Sudan, a terrorist state that still practices slavery, almost guarantees that the PA has given itself no chance to make friends in the Sub-Sahara. The continent is increasingly being split between Arab or Arabized forces in the northern countries and those of Christian background to the south. At the end of the day, Israel’s growing allies in the Sub Sahara have grown to detest Islamists, especially ones they have had to deal in their immediate proximity.

So does the PA’s cozying to Sudan have any ramifications for Israel? The answer is not many.  Sudan and countries of similar dispositions are never going to be swayed to partner with Israel.  The fact that the PA decided to partner with Sudan should put to rest their claim of being a peaceful, liberty loving “state”.  By running to a known terrorist regime, Abbas has little room to find willing partners.  One place he can probably run to is Buhari’s Nigeria, which is increasingly becoming more and more radicalized at the expense of the Igbo and other tribes in Biafra.

When all is finished Sub Sahara Africa much rather build a partnership with a state that can offer them progress. The PA represents a rewind to the years when Africa floundered under autocratic despots too willing to trade their people’s future in order to enrich themselves.