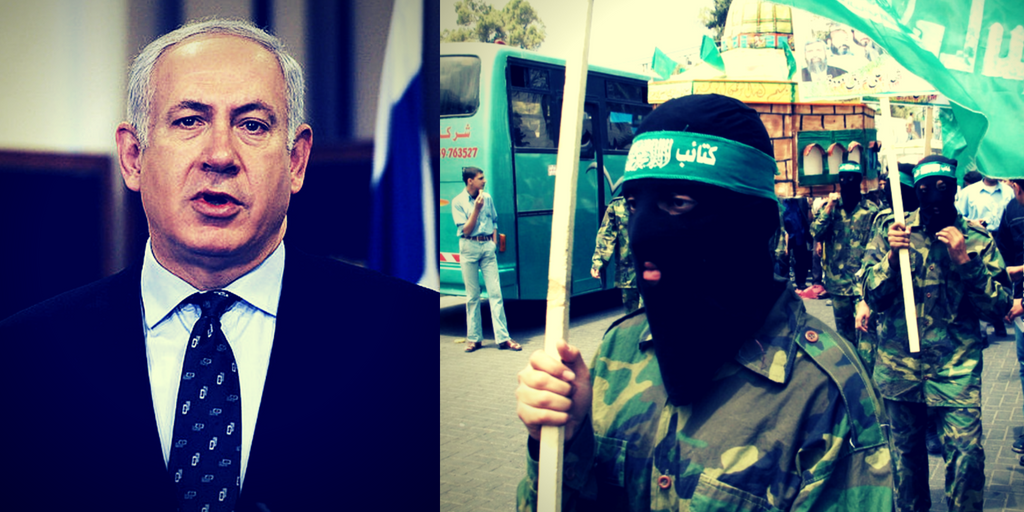 While speaking at the 9th Annual Galilee Conference, Prime Minister Netanyahu referred to the attacks on Israel by Hamas as well as the Syria situation.  The attacks saw countless mortars fired at Israel, with one landing next to a kindergarden.

Lt. Col. Jonathan Conricus is reporting from the Israeli kindergarten that was hit by several mortars earlier this morning. The kindergarten is located in a kibbutz near the Gaza Strip pic.twitter.com/vZBa0y0UJm

Netanyahu said the following on the situation:

“Israel views with utmost gravity the attacks against it and its communities by Hamas and Islamic Jihad from the Gaza Strip.

The IDF will respond with great force to these attacks. Israel will exact a heavy price from anyone who tries to attack it, and we view Hamas as responsible for preventing such attacks against us.

Regarding Syria, I have made clear our red lines many times, and we will enforce them without compromise. We will not allow Iran to establish a military presence in Syria and operate against us from there, and also not to transfer dangerous weapons from Syria to Lebanon, or to produce them in Lebanon.

I would like to reiterate: We are acting against an Iranian military presence anywhere on Syrian territory. An Iranian departure from southern Syria alone will not suffice. The long-range missiles that Iran is working to station in Syria will endanger us even beyond the range of several kilometers from southern Syria; therefore, Iran needs to leave Syria altogether. We are not party to understandings to the effect that we have agreed to less than this.

In any case, we will always act according to our security interests, with or without understandings. We will defend ourselves by ourselves, unified, united, and determined to ensure our security and our future.”

Meanwhile, Israel’s Airforce has struck targets in central Gaza in response to the mortar fire.

The IDF is currently operating in the Gaza Strip. The explosions heard are related to this activity. Details to follow