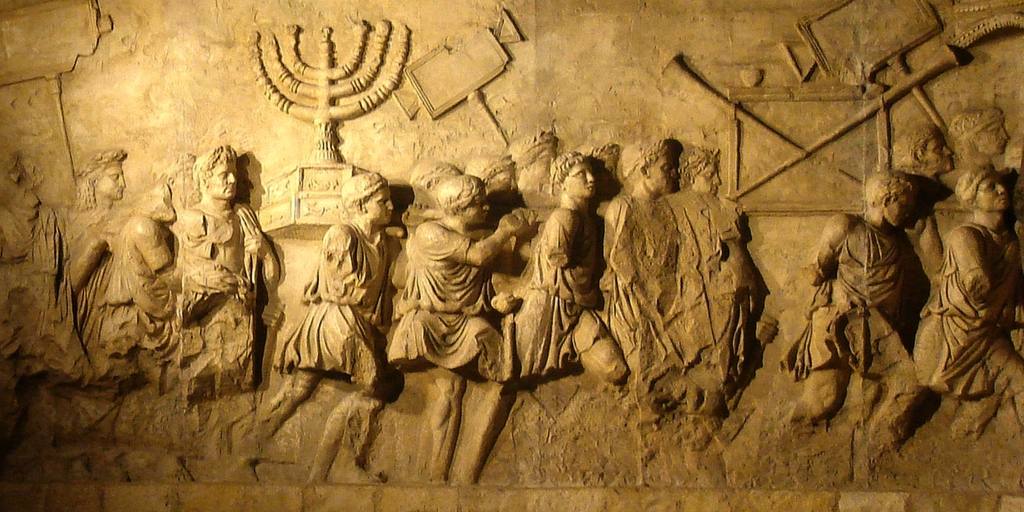 The search for the 10 Lost Tribes has been part of the Western World’s fascination with Judaic culture for the better part of the last 1800 years.  However, in modern times after the return of the Jewish people to their historic and divinely promised homeland, this fascination has turned from an interest to an active movement.

The yearning to identify and bring home the lost tribes is not merely a curiosity. Many groups both Jewish and Christian see it as a fulfullment of biblical prophecy at the End of Days.  In the past decade or two numerous movements around the world have popped up claiming their nation or tribe are one of the lost tribes.  Some have more evidence and others less.  Jewish interest has clearly grown in this subject, with organizations like Shavei Israel and Kulanu pushing for more inclusion for these groups from the main stream Torah observant world.

With all of the noise surrounding the search for the lost tribes, could it be we are looking in all the wrong places? When we peel away the claims and yearnings of many of those proporting to be from the lost tribes, we are left with conjecture, inference, and yes some evidence pointing to a few groups.  Before discussing these groups, we must face the very sobering conclusion that a majority of the lost tribes already walk amongst us here in Israel and many of the Jewish communities around the world.

What Does it Mean to be Lost?

There are really two types of lost when dealing with the tribes.  The first kind is that they as groups are lost to the rest of Israel and the Jewish people and the second is that they are known, but their specific tribal identification has been lost.  The latter means they self identify as Jews but their tribal affinity is lost.  This differentiation is key.

2 Kings 17:6: “In the ninth year of Hoshea, the king of Assyria captured Samaria and deported the Israelites to Assyria. He settled them in Halah, in Gozan on the Habor River and in the towns of the Medes.”

This verse seems to make it clear that the Israelites were indeed taken away, but lets bring in some surrounding verses in order to understand this.

The first is the following verse in the time of Hezkiyahu and clearly points to tribes of northern Israel spared by the Assyirians coming to Jerusalem:

2 Chronicles 11 Nevertheless the people of Asher and Manasseh and of Zebulun humbled themselves, and came to Jerusalem.

Backing up the movement of the northern refugees to Judea is the fact that we know according to archeology that Hezkiyahu expanded Jerusalem five fold at the time of the destruction and expulsion of the Northern Tribes.  The expansion happened across many of the villages in Judea as well turning them into cities.

“In his archeological digs in the Jewish quarter of the old city of Jerusalem, Prof. Avigad found a wall which he identified as the wall built by Chizkiyahu. He based this claim on several arguments. First of all, the ceramics found at the site fit the period of Chizkiyahu (eighth century, BCE). Second, he argued that with the fall of the Kingdom of Israel, some of the refugees arrived in Jerusalem and it was necessary to expand the city in order to absorb.”

Chronicles 2 15:8 And when Asa heard these words, even the prophecy of Oded the prophet, he took courage, and put away the detestable things out of all the land of Judah and Benjamin, and out of the cities which he had taken from the hill-country of Ephraim; and he renewed the altar of the LORD, that was before the porch of the LORD.

Chronicles 2 15:9 And he gathered all Judah and Benjamin, and them that sojourned with them out of Ephraim and Manasseh, and out of Simeon; for they fell to him out of Israel in abundance, when they saw that the LORD his God was with him.

These verses clearly indicate that the lost tribes are not lost, but rather their tribal identification was lost as they became merged into the broader Jewish population.  In fact by the time of the Purim story the word for Jew was adopted by every tribe under the kingship of the Judean kings.

Esther 2:5 There was a certain Jew in Shushan the castle, whose name was Mordecai the son of Jair the son of Shimei the son of Kish, a Benjamite,

The biblical commentator Rashi states that all Israelites became known as Jews in the time of the Babylonian exile because the king was from the tribe of Judea.

In the book of Ovadia the following is stated:

We are within the unfolding of the above prophecy now.  Sarphant is France and Sepharad is Spain. However, there will be many more Jews that are meant to come from the four corners of the world as prophesized in Isaiah 11:11:

Then it will happen on that day that the Lord Will again recover the second time with His hand The remnant of His people, who will remain, From Assyria, Egypt, Pathros, Cush, Elam, Shinar, Hamath, And from the islands of the sea.

This prophecy also is clearly underway as Jews returned from Assyria, Egypt, Cush, and Shinar.  These returnees are never mentioned as belonging to a particular tribe, but rather individual members of the Jewish nation.  At the end of the process one’s personal tribal identification will be revealed as an outer expression of their internal ancestry.

So What of the Various Claims?

At the same time it is pretty clear most of the Jews at the time of the Babylonian exile were actually a mixture of all the tribes, there is much indication that those tribes that were exiled were bought east.  There is a drive to connect these tribes to the Pashtun in Afghanistan as well as other people’s in the region. However, it says the following in 2 Kings 17:34:

“To this day they persist in their former practices. They neither worship Yahweh nor adhere to the decrees and regulations, the laws and commands that Yahweh gave the descendants of Jacob, whom he named Israel.”

The proof that many bring for the Pashtun is that many of their laws mirror ours.  The very following of the Torah seems contradictory to the verse above rendering the claim problematic.

When we come across communities that seem to have an echo of Jewish ritual there is a far greater chance that these communities were at one time part of a far richer Jewish diaspora than a lost tribe. Afterall, these communities whether in Asia, Africa, or even in South America have some sort of connection to Judaism, albeit far changed and assimilated.

At the end of the Purim story there is proof in connection to a worldwide Jewish civilization that existed in Persian times. We know that the Persian empire spanned from India to the Sudan and probably had direct influence well beyond that.  We also know the Jews lived throughout the empire and probably just beyond.  When it was clear the Jews were going to win, many non-Jews throughout the empire became Jews themeselves.

Esther 8:17 And in every province, and in every city, whithersoever the king’s commandment and his decree came, the Jews had gladness and joy, a feast and a good day. And many from among the peoples of the land became Jews; for the fear of the Jews was fallen upon them.

And then we have this verse:

Esther 9:27 the Jews ordained, and took upon them, and upon their seed, and upon all such as joined themselves unto them, so as it should not fail, that they would keep these two days according to the writing thereof, and according to the appointed time thereof, every year.

It is clear that Jewish civilization has found itself around the world.  Whether these are the tribes doesn’t matter as the tribes by now have lost their seperate identity within the Jewish people.