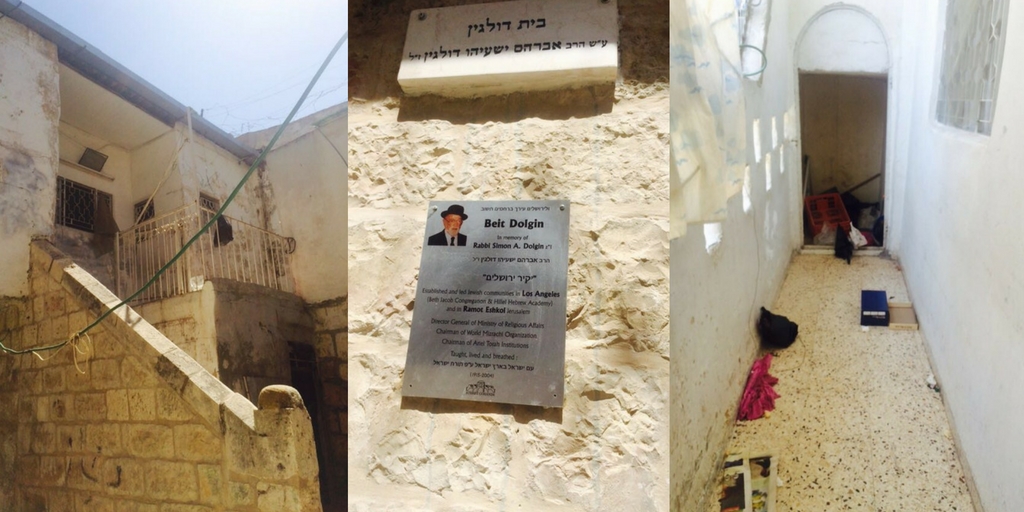 0
In the early hours of this morning -Thursday 15th September, an Arab walked out of a Jewish owned building in the Old City, with his suitcases and belongings.
That building was once owned (Purchased in 1866) by the famous and highly respected Turkish Valero family, who used the premises as their main residence. Valero also opened the first bank in the Old City in the mid 19th Century.
Due to the pogroms and Arab riots of the 1920’s, Valero, like many Jews, were forced to flee and even managed to sell their home.
Over 20 years ago, Jewish concerns bought back the building complex and became the official registered owners. However the Arabs living in the building had certain tenancy rights. A few years ago,those rights expired and were no longer applicable.
Some of the Arab families living in the main building complex understood the new situation and made “arrangements” to leave. There was one Arab family who refused to leave and who even refused to accept a most generous financial compensation.
That Arab lost numerous court cases , including  the Supreme court of Israel. He had to vacate the premises, and so, accompanied by court appointed officials, this morning he left and the building is now fully in Jewish hands.
Although the original building was owned by the Valero family, it was decided to dedicate the building in the name of Rabbi Simon Dolgin z”l, who was the Rabbi of Beit Jacob in LA and Ramat Eshkol for many years, and who brought many donors and investors to Ateret Cohanim.
The challenge now, is to twofold:
1/ To fund for the urgent security projects : Fencing on rooftop ($5500), adjust entrance door to include new magnetic security lock ($3600) and security cameras ($18,000).
2/ To fund the much needed renovations in order to finally add 2 more Jewish families to the Valero-Dolgin complex.
G-d willing whoever reads this news report will donate and help.
Email me with good news: dljerusalem@gmail.com
Donate on line: jerusalemchai.org