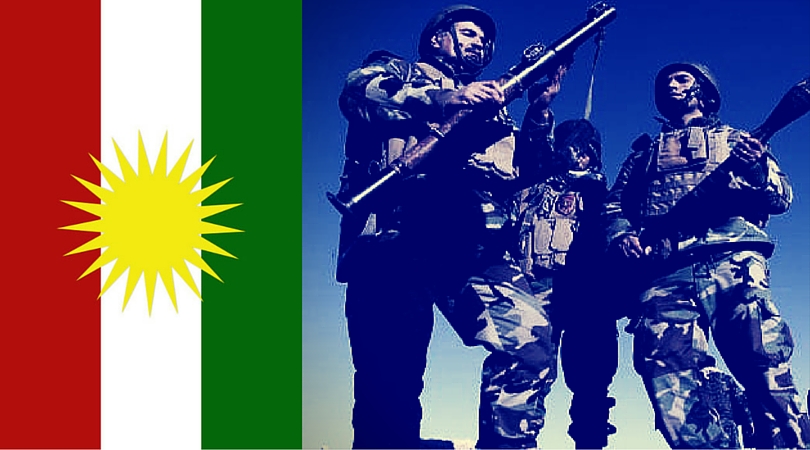 The Kurds, who have been itching for a sovereign state of their own, now find themselves in the unenviable position of being the chief agitators to Erdogan’s Turkey.  In the beginning of the turmoil in the Middle East Erdogan made a deal with the devil, ISIS.  The thought there was that Erdogan would be able to create a fundamentalist Sunni caliphate as a stop gap measure against the growing Iranian hegemony in the region.  Furthermore, the new caliphate would keep his arch enemies the Kurds in check.

Erdogan went about doing this by being the main corridor for ISIS bound fighters as well as the middle man for ISIS oil.  Of course Erdogan sold Kurdish oil on top of that. The Kurdish oil kept the Kurdish leadership in Northern Iraq beholden to Ankara.  This strategy is still in play, however Russia’s increasing intervention and Syria’s new found might against its Western backed foes has put a serious wrinkle in Turkey’s strategy.

Two Autonomous Kurdish Regions Are Too Many for Erdogan

As long as the Kurds relegated themselves to an autonomous province in Northern Iraq, Erdogan and Turkey’s military felt they had strategic strength.  Russia’s arming of the Syrian Kurdish Militia otherwise known as the YPG has alarmed Turkey.  Although the Kurdish population in Syria amounts to a small 1.6 million, the territory it has gained among the chaos has been significant.

The border between the Syrian Kurdish region and Iraqi Kurdish region, which has 6.6 million Kurds  has melted away, effectively giving the Kurds one long autonomous area stretching along the Southern border of Turkey.  With Turkey’s 15 million strong Kurdish population just to the North, Turkey is rapidly heading for destabilization.

After the Kurdish bombing in Ankara, the Turkish Prime Minister Davutoğlu said:

“We collected intelligence all night,” Davutoğlu told reporters in Ankara. “The perpetrators have been fully identified. The attack was carried out by YPG member Salih Necer, who came in from Syria.”

Of course the YPG has denied involvement.  Truth matters not though to Ankara, who needs some reason to put a stop to the de facto creation of a Kurdish republic to the South and perhaps even within Turkey.  The fear is compounded even more by Russia’s backing for Kurdish military operations.

If Turkey uses the pretense to attack Syria in order to push back Kurdish expansion, the die will be cast for an intense explosion in war activity throughout the Middle East.  The Kurds are seen by even America as in the right in relation to Turkey.  Erdogan may feel he has no choice, but his decision may end up taking him down one way or the other.