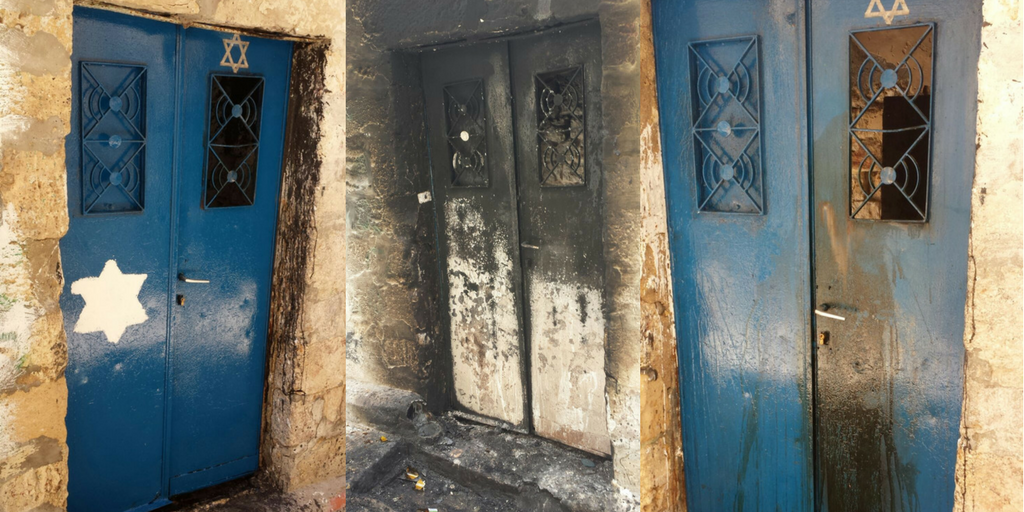 Although deep inside what even Arabs consider to be a dangerous part of Jerusalem’s Old City do to rival Arab clans, Jews have returned to their former property near to the Lions Gate. Despite the isolation from the other burgeoning Jewish areas that have continued to grow througout the Old City, the reacquired building has undergone significant renovations in the past few months.  With two liveable rooms and more to be renovated the, the house near the Lions Gate provides hope that the Jewish return to the entire Old City will continue to all parts of the ancient walls.

With the Lions Gate property showing increased Jewish presence the Arab neighbors have now decided to stop more Jewish residents from moving in.  Over the past week Arab neigbors have violently firebombed the front entrance to the house in the hopes Jewish residents will flee, but the opposite has occurred.

The Lions Gate property is key to continuing the returning of stolen Jewish property throughout Jerusalem’s Old City.  Where Jews move into, safety and security can be established once there is a critical mass. The Lions Gate property will lead to more properties and they will connect the last area once void of Jews to the growing Jewish areas on the main street running from the Western Wall to Damascus Gate.

Redemption occurs in steps.  The Lions Gate property like those Jewish properties in other parts of the Muslim Quarter have become beacons of light, shining the pathway to redemption in a sea of darkness.  Now is the time to strengthen the lights of the Jewish return to Jerusalem.