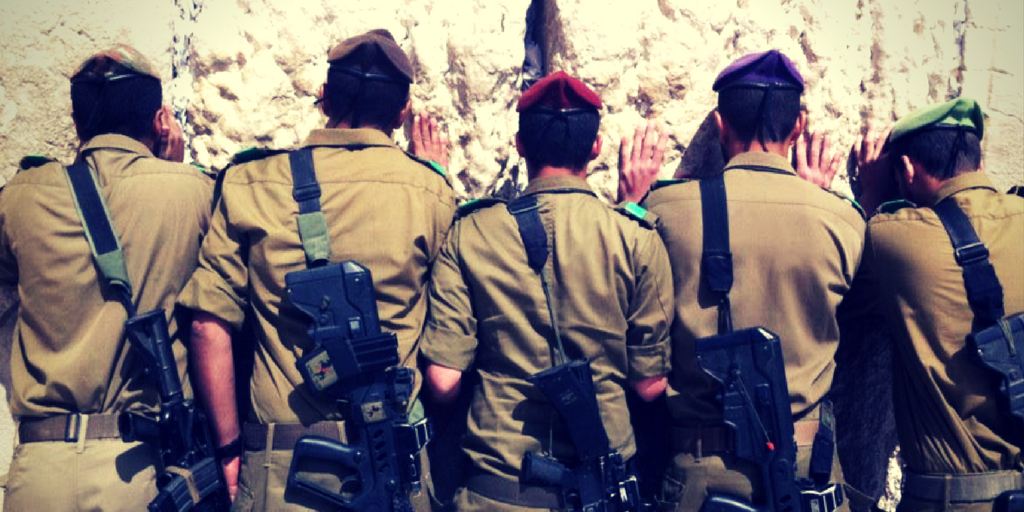 “The Canaanite king of Arad, who dwelled in the south, heard that Israel had come by the route of the spies, and he warred against Israel and took a captive from it. Israel made a vow to HaShem and said, ‘If You will deliver this people into my hand, I will consecrate their cities.’ HaShem heard the voice of Israel, and He delivered the Canaanite, and it consecrated them and their cities. It named the place Ḥormah.” (BAMIDBAR 21:1-3)

Rashi teaches that the captive abducted from Israel was actually a female slave taken from the Canaanites during a previous battle. That the entire Hebrew Nation mobilized to rescue the captive indicates the appropriate response to even the slightest provocation. By permitting an enemy to take even a slave girl, Israel would be displaying weakness and inviting further aggression. But by responding with maximum force, the Hebrews sent a clear message strong enough to discourage future attacks.

Rashi further clarifies that the king of Arad was actually not an ethnic Canaanite. Rather, he and his soldiers were descendants of Amalek – a people committed to eternal war against Israel. The Amalekites disguised themselves by speaking in a Canaanite tongue, revealing a central feature of Amalekite propaganda.

While the Amalekite hatred of Israel is an ideological hatred that aspires to genocide and is not dependent on any external factor, the Canaanite animosity towards Israel was different. The Hebrew tribes were coming to conquer a country that had at that time been ruled by a confederation of Canaanite warlords. Therefore, the Canaanite problem with Israel was based on a dispute over territory while the Amalekite problem with Israel stems from a compulsion to remove all Hebrews from the world. By speaking in the language of Canaanites, Amalek hoped to give the impression that its war was based on a territorial dispute rather than on a desire to eradicate the Children of Israel.

In order to neutralize such effective propaganda, Israel requires strong and articulate leaders who possess an unbreakable faith in the justice of Hebrew rights, as well as an appreciation for the necessity of presenting those rights in a clear voice. While the Jewish people might have an unrivaled moral claim to self-determination between the Mediterranean Sea and Jordan River, our official representatives have on the whole proven incapable of successfully communicating this claim. While dedicated activists who firmly believe in the justice of our rights have largely disdained advocating those rights to the outside world as a sign of inner weakness, those who understand the importance of advocacy are for the most part apprehensive about championing our people’s actual aspirations and instead opt for flimsy talking points aimed at branding Israel as a westernized American client state seeking to win gentile approval through a professed willingness to surrender the cradle of our civilization. But Israel requires leaders who both appreciate the importance of public relations and are unwilling to compromise on Jewish national rights. Leaders internally connected to our people’s deepest yearnings yet capable of communicating those aspirations in a language comprehensible to the outside world.

While situations might exist in which diplomacy is inappropriate, there is generally great value in properly communicating the justice of Jewish national rights. And far from being a symptom of weakness, giving voice to the Hebrew Nation’s deepest aspirations can often serve to strengthen Israel’s position on the battlefield. In fact, some of Jewish history’s most valiant warriors provide us with clear examples of proper Israel advocacy.

In ḤUKAT’s Haftara, Yiftaḥ defends Israel’s right to territory east of the Jordan River that the Hebrews had won from the Amorites (BAMIDBAR 21:23-26) against claims by the king of Ammon that those lands rightfully belong to Moav (who had previously lost the territory to the Amorites).

“Yiftaḥ sent emissaries to the king of the children of Ammon saying, ‘What is unto you and unto me that you have come to me to make war in my land?’

The king of the children of Ammon said to Yiftaḥ’s emissaries, ‘Because Israel took my land when it ascended from Egypt, from Arnon until the Yabbok until the Jordan, so now return them in peace.’

And Yiftaḥ once again sent emissaries to the king of the children of Ammon.

He said to him, ‘Thus said Yiftaḥ: Israel did not take the land of Moav and the land of the children of Ammon… It went through the wilderness, and went around the land of Edom and the land of Moav and came to the eastern side of the land of Moav where they encamped across the Arnon; but they did not enter the border of Moav, for Arnon is the border of Moav. Then Israel sent emissaries to Siḥon king of the Amorite, king of Ḥeshbon, and Israel said to him, ‘Let us please pass through your land until my place.’ But Siḥon did not trust Israel to pass through his border, rather Siḥon assembled all his people and they encamped in Yahatz; and he made war against Israel. Then HaShem, G-D of Israel, delivered Siḥon and all his people into the hand of Israel, and He struck them; and Israel took possession of the entire land of the Amorite, the inhabitant of that land.’

‘They took of the entire border of the Amorite, from Arnon to the Yabbok, and from the wilderness to the Jordan. And now HaShem, G-d of Israel, has driven out the Amorite from before His people Israel, and you would possess it? Do you not take into your possession that which your god Kemosh bequeaths to you? – that may you possess; but all that HaShem our G-D drives out from before us, we shall take possession of it. And now, are you much better than Balak son of Tzipor, king of Moav? – did he ever strive against Israel? – Did he ever do battle with them? When Israel dwelled in Ḥeshbon and its villages and in Aroer and its villages and in all the cities that are alongside Arnon for three hundred years, why did you not recover them during that time? I have not sinned against you; but you do me wrong to make war against me; may HaShem the Judge judge today between the children of Israel and the children of Ammon.’” (SHOFTIM 11:12-27)

Without betraying Israel’s national rights or values, Yiftaḥ made the effort to explain his position and offer peace to Ammon while simultaneously expressing confidence and a willingness to fight for the disputed lands. The Ammonite king refused to heed Yiftaḥ’s warning.

“Then Yiftaḥ passed through to the children of Ammon to do battle against them, and HaShem delivered them into his hand. And he struck them from Aroer until you come to Minit, twenty cities, until the Plain of Kramim, a very great slaughter; and the children of Ammon were subdued before the Children of Israel.” (SHOFTIM 11:32-33)

A similar approach was taken by the Hasmonean leader Shimon HaTasi – last surviving son of the Adon Matityahu – when the Seleucid Greek King Antiokhus VIII Grypus attempted to pressure Israel into surrendering territory.

“He (Antiokhus) sent Athenobius, one of his friends, to him (Shimon) to deal with him, saying, ‘You have in your possession Jaffa and Gezer and the citadel in Jerusalem, cities of my kingdom. You have laid waste their borders, and played great havoc in the land. You have taken possession of many places in my kingdom. Now, then, hand over these cities that you have taken, and the tribute of the places outside the borders of Judea that you have appropriated. If you refuse, then give me instead five hundred talents of silver; for the damage that you have done and for the tribute of the cities, another five hundred talents. Unless you do this, we will come and make war on you.’” (MACCABEES I 15:28-31)

The Seleucid Greek military subsequently invaded the Land of Israel but was defeated by Judean fighters led by Shimon’s courageous sons. The Hasmonean leader’s firm response to the threats of Antiokhus not only clarified Israel’s position to the enemy but also inspired Hebrew fighters with a conscious awareness and unbreakable certainty in the justice of our cause. Proper advocacy therefore not only serves to present our case to the nations but also strengthens us internally with inner fortitude and a willingness to fight.

To refrain from educating the outside world to the justice of our cause is not only a transgression against historic Jewish aspirations but also a disservice to all of the righteous gentiles who genuinely care about indigenous rights, support authentic liberation movements and would likely champion our cause if given the chance to recognize the inherent justice of our struggle.

A central mission of the Jewish people in this world is to bring all Creation to the awareness of HaShem as the one and only absolute Reality that creates, sustains and affectionately empowers all that exists. And a primary step in achieving this lofty goal is connecting people to the story of the Hebrew Nation. As the national expression of G-D’s Ideal in this world, Israel is the leading protagonist of human history and the more we succeed in connecting people to our story the more we actually bring them closer to theKadosh Barukh Hu. By helping mankind to recognize and identify with Israel’s national aspirations and with the challenges we still face on the road to full redemption, we are actively participating in the goal of Creation by means of leading mankind to a state of higher consciousness and bringing all existence to ultimate perfection.