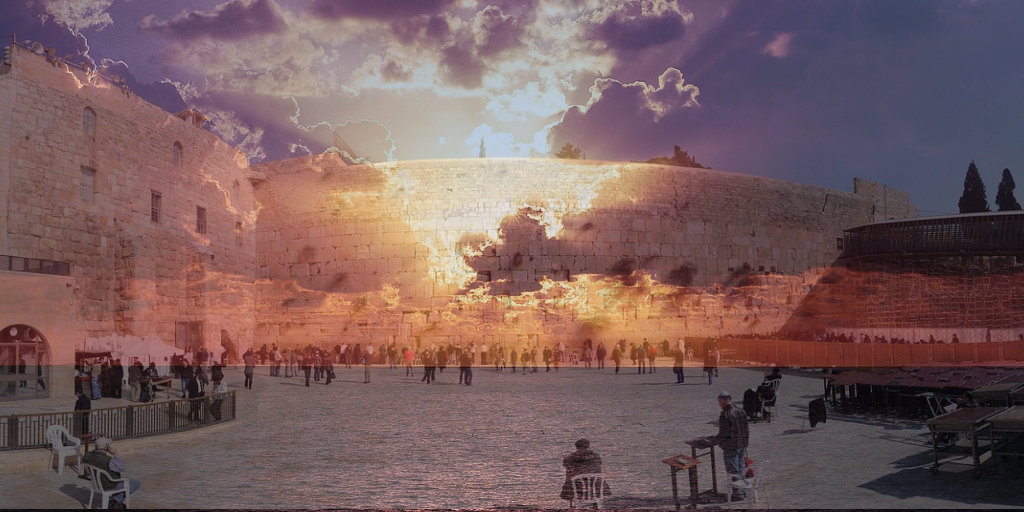 “Everyone who has Da’as, it is as if he has built the Beis HaMikdash (Temple).” [Tractate Barachos 33/a]

The building of the Beis HaMikdash begins with Da’as – a deep knowledge of the Creator, drawn from building a connection to our inner Godly consciousness.

The more we bind ourselves to the Divine intellect hidden behind the layers of our reality, the more we ourselves leave the world of the emotions, (which can be manipulated) – and allow ourselves to be a vessel for the Godly wisdom to guide our actions.

This “switch” from a me centered world, to one where the Creator’s wisdom drives our approach to the physical realm is a preparatory requirement that must be in place to build the Beis HaMikdash.

We have allowed doubt to penetrate our hearts and in turn this has cut us off from the Da’as held within each of us. Yet, as we reach the final stages of the Geulah Shleima, there is still hope that we can unlock the Godly intellect and awareness held within.

It is for this reason that both the Tzaddik Emes and the Land of Israel are interrelated.

The elevated consciousness found within the Land injects the Nation with the first formulation and concretization of the Da’as Elyon (Supernal Knowledge/Consciousness), but doubt still bites at us, gnawing at our minds. This is why the Tzaddik Emes, who blazed a path to Geulah ahead of us, readies our weapons of prayer and Godly awareness.

He is whispering through his teachings and advice – all we have to do is listen and begin.