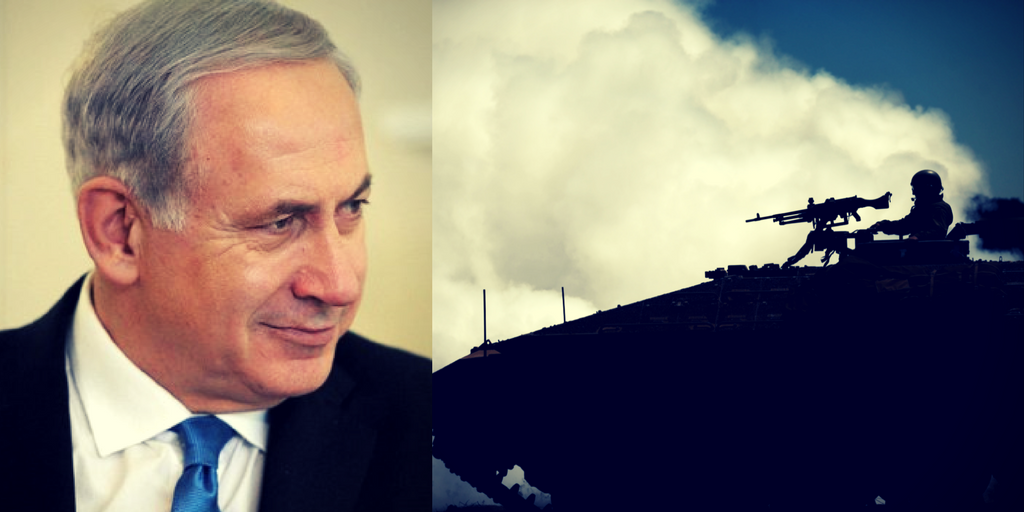 Prime Minister Netanyahu travelled to Katzrin yesterday, the capital of the Golan to celebrate the 40th anniversary of the founding of the renewed city.

Netanyahu said the following about the shelling that occurred in the area just a day before:

“We are here celebrating the fortieth anniversary of Katzrin, the capital of the Golan Heights. I said that we will not tolerate spillover and that we will respond to every firing. During my speech, shells from the Syrian side landed in our territory, and the IDF has already struck back. Whoever attacks us – we will attack him. This is our policy and we will continue with it.”

The IDF has responded with attacks against Syrian regime forces whenever there has been spillover from the battles the FSA, ISIS, and Assad and his allies are fighting.
Last week, FSA related militias tacitly backed by Israel launched a major offensive against regime forces.  Israel used the spillover to target Assad’s soldiers and weaponry.