Trump , The Seed that will help transition a whole Nation.”
Trump , The ring bearer to the marriage of Jerusalem and Israel!

The declaring of Jerusalem as the Capital of Israel ; a historical event yes indeed but also a piece of boldness that will redefine how Jerusalem is looked upon for generations to come. Palestine ! Oh Palestine has been the Goliath, the one who has held Jerusalem in its hands for far too long . Jerusalem has been stagnant because of their unableness to see past the giants.

The questions we ask are:

1)Why has this great moment of making Jerusalem the Capital of Israel been concreted for this time ?
2)Why has no other President heard the inner voice to want to bring peace to a Holy Nation whom has not rested in peace in decades?

My observance to the matter is that President Trump has been mandated for a time as this to not beg the bread of the adversary but to go and boldly claim back what the enemy has stolen. Trump has given the people of Israel the “First Fruit Blessing ” on Dec 6th 2017. On that historical day that Jerusalem  was declared the Capital of Israel; it’s purpose and meaning that day meant that everything that was stolen from the people of Israel would now have to be returned . It amazes me how one word from Trump blasted over every Media House that day and delivered into the realm of Israel  that it would shake the Nation’s and scatter every enemy.

“We are indeed set and ready to see great change among the Nations.”

A farmer who plants seed among his soil isn’t bothered by watching to see if the seed will grow, he knows he can leave the seed to grow and he will come back to redeem his  crop without doubt in harvest time. Trumps voice to the Nations was an establishment to create boundaries for all Nations. He sees that a time of desolate and famine is over in his  eyes.

Why must we salt the food that has already been seasoned and ready for consumption? It is a time of Jubilee and restitution upon every enemy camp. In closing; Jerusalem the “Great” will be like the donkey that was said not to be sufficient to stand alone but in the donkey it bore witness to welcome in a King and a kingdom.

Next Post PACKERS CORNER: Israel Remains Stable Despite the Chaos in the Region 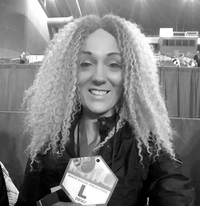 Candy is an activist and frontline journalist who has worked with President Kenyatta of Kenya, former Nigerian President Goodluck Jonathan, and Nnamdi Kanu head of Indigenou Peoples of Biafra. She has been accepted by President Trump as one of his acknowledged media houses through Biafra International Media.

Candy is an activist and frontline journalist who has worked with President Kenyatta of Kenya, former Nigerian President Goodluck Jonathan, and Nnamdi Kanu head of Indigenou Peoples of Biafra. She has been accepted by President Trump as one of his acknowledged media houses through Biafra International Media.