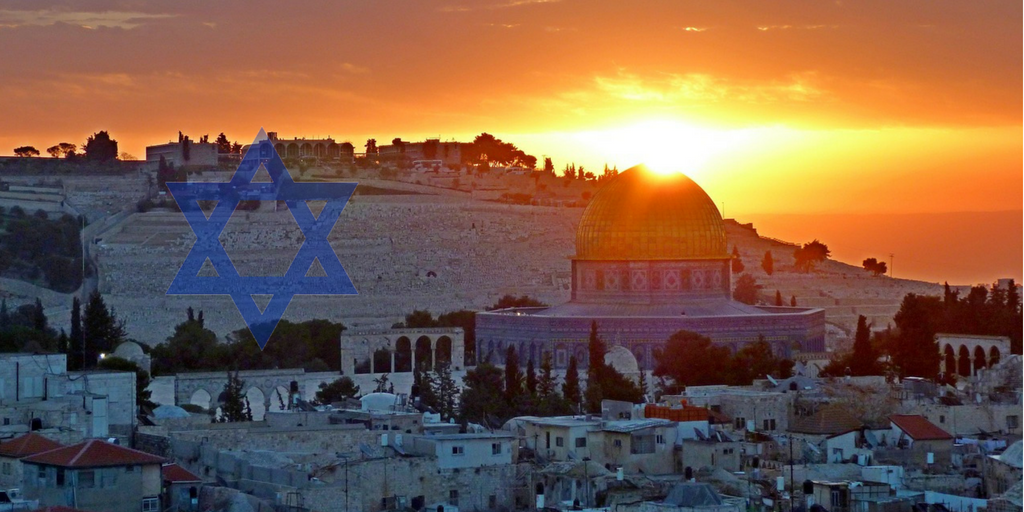 Today’s opening of the US embassy in Jerusalem is far more than just a simple political act, being carried out by a unique president attempting to show he keeps his promises.  It is a recognition that something is happening. This something is the march to a global Redemption, a rectification on international, national, and intranational levels.

No other embassy opening would elicit such a delegation as this one, because whether one is a believer or not in a G-D centered reality, it is unmistakable that we are once again living in momentous times. Redemption does not happen in miracles that are completely revealed, rather through the historical movements and radical decisions of kings and leaders of nations inspired to G-D’s will.  We see this most clearly in the books of Ezra and Nechemia, where it took successive rulers such as Kings Koresh, Daryavesh, and Achashverosh (Cyrus, Darius, and  Xerxes) and so on to aid in G-D’s plan in bringing the Jews back home.  The Temple was not built in an instant, but rather building started and stopped multiple times over the 150 years of the return.

While the Jews often times fell short of their promises to G-D to guard the covenant, it was surprisingly the non-Jewish rulers who exhorted the Jewish leaders to teach their people the ways of G-D.

Today’s embassy opening is an expression of the counterintuitive nature of the Redemption.  We often long for it to happen in an almost other worldly way, but fail to recognize that we are actually living in it at the moment. The Talmud teaches that after the third redemption there will be no other exile and it appears we are already at that moment.  In fact, if the paradigm is played in a parallel manner as the return from Babylon, we have been riding the redemptive wave for quite some time.

It was after all King Artaxerxes of Persia who supported Nechemia in his desire to rebuild Jerusalem. Nechemia, then travelled from Persia, with an armed contingent of Persian soldiers who entered Jerusalem. Despite opposition to the endeavor from the non-Jewish occupiers, Nechemia stood strong and took control of Jerusalem, eventually rebuilding its walls.

Nechemia 6:16: “And it came to pass, when all our enemies heard thereof, that all the nations that were about us feared, and were much cast down in their own eyes; for they perceived that this work was wrought of our God.”

Along side Nechemia, was Ezra the Scribe who led the redaction of the Bible and returned the Jewish people to the ways of G-D.

Nechemia 8:2: “And Ezra the priest brought the Law before the congregation, both men and women, and all that could hear with understanding, upon the first day of the seventh month.”

Nechemia 8:3: “And he read therein before the broad place that was before the water gate from early morning until midday, in the presence of the men and the women, and of those that could understand; and the ears of all the people were attentive unto the book of the Law.”

Nechemia 8:6: “And Ezra blessed the LORD, the great God. And all the people answered: ‘Amen, Amen’, with the lifting up of their hands; and they bowed their heads, and fell down before the LORD with their faces to the ground.”

Despite the clear return of the Jewish people to Israel, the world has questioned, pushed back, and attempted to uproot our presense in the Land of our forefathers until “G-D inspired another world leader” to end the doubt. Is it any wonder why the “Palestinians” have no desire to discuss peace?  They like the antagonists to Ezra and Nechemia 2,500 years ago know it is all about Jerusalem. A nation that has come home to fulfill the words of the prophets cannot be uprooted.

Redemption is not a singular event, but rather a Divine flow revealed in clear moments in history.  Trump’s embassy move is a signal that the next stage of the Redemption is now unfolding. To be sure, our antagonists are not going anywhere any time soon, but by declaring Jerusalem as the capital of Israel, the Trump administration has weakened the ability of today’s “Sanballat the Horonite, and Tobiah the servant, the Ammonite, and Geshem the Arabian” from scoffing at our return.

Nechemia said the following to them:  ‘The God of heaven, He will prosper us; therefore we His servants will arise and build; but you have no portion, nor right, nor memorial, in Jerusalem.‘ [Nechemia 2:20]”

Our enemies are beginning to understand that we are living in a similar situation.  We have many challenges ahead, and yet by understanding the greatness of our current time period we can meet them with the same success as we are finding today.

Yesterday was Yom Yerushalayim (Jerusalem Day).  The following words spoken by Prime Minister Netanyahu at the Mercaz HaRav Yeshiva connect to our national realization that we are in fact home in our capital:

“We promise every day that Jerusalem will not return to the status it had 51 years ago, no longer a torn city, but one connected, united city, not a city with barbed wire and minefields. Not a city with enemy crosses on its walls, but a vibrant city, a faithful vision,” said Netanyahu, who received a standing ovation.

“We are guarding the Temple Mount, the Western Wall, as well as the other sanctuaries of Israel that returned to us in the miraculous Six Day War, headed by Rachel’s Tomb and the Tomb of the Patriarchs. These places are our roots, they contain the point of truth of our right to live as a free nation in its homeland,” he continued.

“What is Jerusalem for us? It’s not just a physical and tangible place. Jerusalem is the source of the faith and hope that strengthened us in difficult times. In the shadow of the Inquisition, the pogroms, the ghettos, in the camps we said one sentence: Next year in Jerusalem.

“We returned to Jerusalem and we are building it, all of it, and even when there was no progress on the horizon, we stuck to the dream, and today the IDF soldiers are standing at the foot of the Western Wall, declaring allegiance to our army and our country. We returned home and we are determined to keep our home forever.”

It is important to note that today is Hebron Day, commemorating the liberation of Hebron one day after Israel returned to Jerusalem. Our Patriarchs and Matriarchs lie “slumbering” in the Ma’arat HaMachpela.  Our roots are the key to our future. It is our connection to our past that enabled us to recognize that our return is not just a mere product historical outcomes, but rather a Divine decree now being carried out in reality.

As the days of the Mashiach draw near, our understanding that we are living in moments that are unforgettable can never be forgotten. President Trump’s embassy move is a recognition that we are now experiencing the words of the prophets spoken over 2,500 years ago.