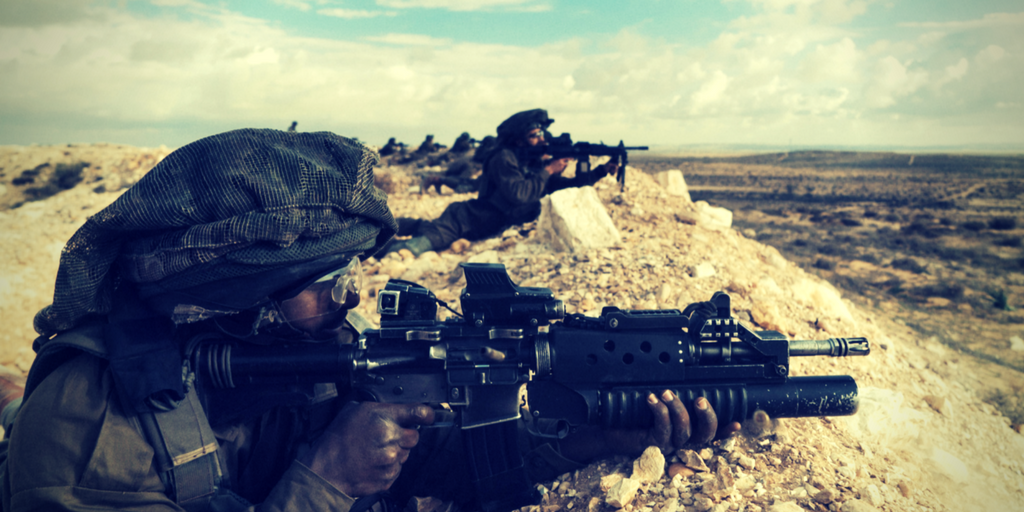 When I was in elementary school, I was disciplined for hitting another pupil after he hit me. That I remember the details of the incident clearly 60-odd years later is an indication of how strongly I perceived the injustice of it. I believed my action was justified as necessary self-defense to stop an unprovoked attack. The school principal disagreed.

One of the most strongly felt principles in Western morality and jurisprudence is the right of self-defense. It is permissible in most places to kill an attacker when a person feels that his own life or that of a family member is threatened. A person is not required to allow himself to be harmed or killed, even if the action he is forced to take to protect himself would be otherwise immoral or illegal.

There are strong arguments that even convicts have a constitutional right to employ violence in self-defense in the pervasively violent environment of American prisons. Prisons are inherently violent and dangerous, and the authorities are not able to protect the prisoners’ rights given budgetary and other constraints. But incarceration does not include a requirement to commit suicide, which in many cases is what failing to defend oneself in prison means.

There is the well-known Talmudic dictum, “If a man comes to kill you, rise up and kill him first” (Sanhedrin 72:1). And even Islamic  shari’a recognizes a right of self-defense (although a non-Muslim may not be able to exercise it against a Muslim for other reasons).

The right of self-defense is also recognized internationally between states. The UN Charter (Ch. I, Art. 2.4) says that members “shall refrain in their international relations from the threat or use of force against the territorial integrity or political independence of any state, or in any other manner inconsistent with the Purposes of the United Nations.” But the last article (51) of Chapter VII, which defines how the UN itself may use force to stop aggression, includes this exception:

Nothing in the present Charter shall impair the inherent right of individual or collective self-defence if an armed attack occurs against a Member of the United Nations, until the Security Council has taken measures necessary to maintain international peace and security. [my emphasis]

The International Court of Justice (ICJ), in its 1996 Advisory Opinion on the Legality of the Use or Threat of Nuclear Weapons, took note of “the fundamental right of every State to survival, and thus its right to resort to self-defence, in accordance with Article 51 of the Charter, when its survival is at stake.” The Court argued that in such a case, as long as they are used in concurrence with international humanitarian law (in particular, the principles of necessity and proportionality), even nuclear weapons could not be ruled illegal!

The right of individual self-defense derives from the most basic of human rights, the right to life. And as the UN Charter and ICJ opinion quoted above indicate, international law recognizes also a national right to life.

I believe that the Middle East, like an American prison, is an inherently violent and dangerous place, and that all states – even one unwelcome to its neighbors – have the right to defend themselves when attacked, using whatever means are necessary to do so. Even, when there is no other option, nuclear weapons.

A lot is packed into the words “when attacked.” For example, in 1973, Israel’s enemies crossed cease-fire lines and attacked Israeli positions, acts that unambiguously constituted an “attack.” In 1967, Egypt expelled UN peacekeepers from the Sinai, massed armored divisions on the Suez Canal, announced that they would “annihilate” the Jewish state and “slaughter” us (here is a recording of Radio Cairo threatening genocide in Hebrew), and closed the Strait of Tiran, which in itself was an act of war. Technically Israel fired the first shot on June 5, but from a practical and legal standpoint, Egypt and Syria were the aggressors.

The situation today is not as clear. Iran, operating through proxies, has built an offensive capability in southern Lebanon over the past decade, and now is doing the same in Syria. It has threatened us with genocide and financed terrorists of all stripes. But its buildup has been gradual and it has not yet taken actions equivalent to the expulsion of the UN peacekeepers from the Sinai or the blockade of the Strait of Tiran. At some point the line will be crossed, and Israel will need to take military action.

Unfortunately, the attitude of the international community – as expressed in UN resolutions, NGO reports, media content, and institutions like the ICJ – does not grant to Israel the same right of self-defense that every other nation is given.

Even when Israel has been  attacked, as by the massive flood of Hezbollah rockets in 2006, or the rocket barrages from Gaza in 2008, 2012 or 2014, the Islamic-European-NGO-media axis has defined Israel as the aggressor and even accused her of war crimes for her responses. These accusations, based on cooked numbers and reports coming directly from Hamas, Hezbollah, or other severely biased anti-Israel sources, were even echoed by US President Obama, Secretary of State John Kerry and other administration officials.

Israel’s efforts to reduce collateral damage in these campaigns were unprecedented, and the resultant protection of civilian life and property was far better than the US and its NATO partners have been able to achieve in various recent conflicts. But the war crimes accusations against us stuck nevertheless.

The ICJ, whose very careful and comprehensive opinion on the use of nuclear weapons was quoted above, also produced one in 2004 on the subject of Israel’s security barrier. In this highly politicized opinion, The Court reiterated all of the usual Arab and European talking points, calling the barrier illegal and declaring that Israel must dismantle it, pay compensation to all those “injured” by it, and so forth (fortunately, the Court does not have the power to force Israel to follow its advice).

Israel argued that the existence of the barrier and its location were intended to protect her population from armed attacks. But the Court simply rejected this without any investigation of the facts or attempt to rebut Israel’s claims of military necessity. It misinterpreted Article 51 of the UN Charter, saying that since Israel “controlled” the territories, she did not have a right to protect herself from armed attacks from them. And there were other significant deficiencies. Here is a small part of the criticism leveled against the decision by the one dissenting justice, Thomas Buergenthal (the only American on the Court):

All we have from the Court is a description of the harm the wall is causing and a discussion of various provisions of international humanitarian law and human rights instruments followed by the conclusion that this law has been violated.

Lacking is an examination of the facts that might show why the alleged defences of military exigencies, national security or public order are not applicable to the wall as a whole or to the individual segments of its route. The Court says that it “is not convinced” but it fails to demonstrate why it is not convinced, and that is why these conclusions are not convincing.

The shoddy, negligent reasoning and extreme political bias of this document – compare it to the nuclear weapons opinion discussed above –  is a striking testament to the obsessive treatment of Israel as a pariah state, denied the most basic right of any nation or person, a right that arguably must even be provided to prison inmates: the right of self-defense, and thereby of survival.

I’m indebted to Allen Hertz for many of the thoughts in this post.