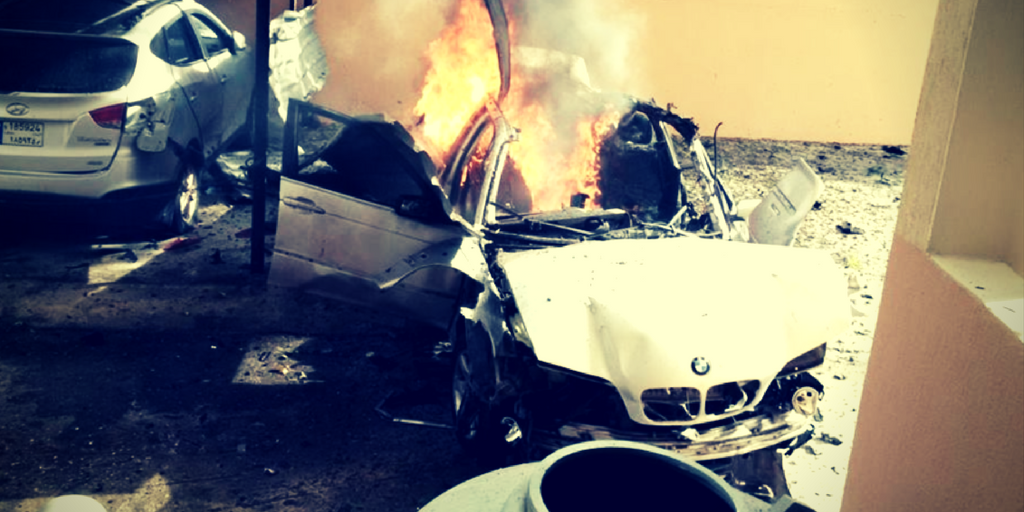 Hamas official, Mohammad Hamdan was severely injured today when is BMW exploded in the Lebanese city of Sidon.

Although Hamas officials insisted Hamdan was lightly injured.  Social media pictures from the scene showed the effects from the bomb being far worse.

While it is not confirmed Israel was behind the attack, Hamas believes it was a targets strike by the Israeli security forces.