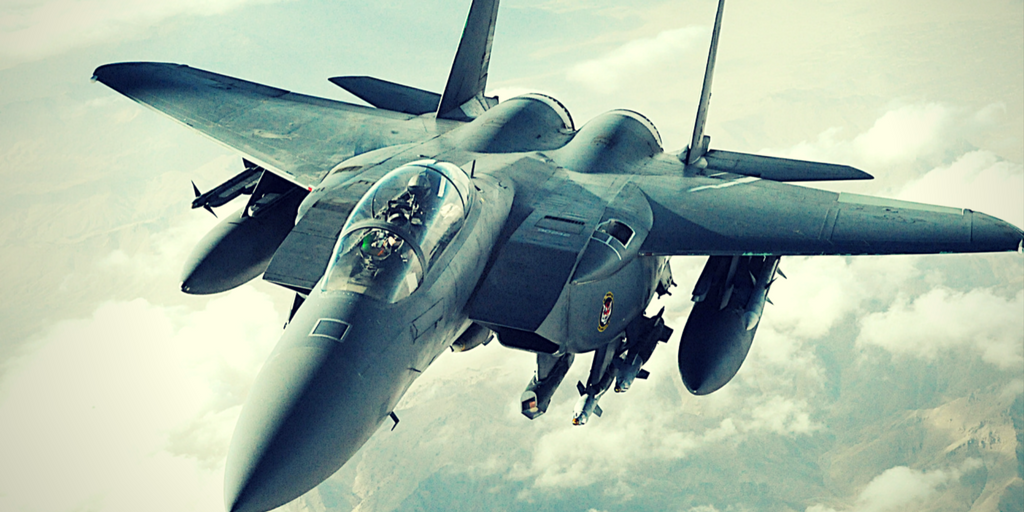 Late yesterday, US Coalition forces shot down an Iranian made UAV comandeered by the Syrian military.

“The armed pro-regime Shaheed-129 [unmanned aerial vehicle] was shot down by a U.S. F-15E Strike Eagle at approximately 12:30 a.m. after it displayed hostile intent and advanced on Coalition forces,” the coalition command said in a press release.

“The Coalition has made it clear to all parties publically [sic] and through the de-confliction line with Russian forces that the demonstrated hostile intent and actions of pro-regime forces toward Coalition and partner forces in Syria conducting legitimate counter-ISIS operations will not be tolerated,” it said.

The US and their allied partners in Syria still assume the deconfliction zones layed out with Russia have remained in affect.  This stands in contrast with Russia’s own statement after the downing of the Syrian jet. Russia has made it clear that all foreign warplanes in Syrian airspace will be shot down.

With each passing day an incident it has become apparent that the US policy in Syria is non-existant.  This is not to say they have nothing in the works, but they have been caught of-guard by the lightening speed movement of Russian backed pro-regime forces and Iranian Shiite Militias and are trying to push back.

With Daraa falling and regime forces using the Raqqa battle to push Eastward, the US and their coalition forces need find a fast way to push the regime back without causing the war to turn into something much larger.  So far no remedy has been found.

David Gardner from the Financial Times said the following in an opinion piece about the situation:

“The limited initiatives to somewhat attenuate the Syrian disaster are almost all coming from Russia: a tripartite (and ineffective) ceasefire with Iran and Turkey; the “de-escalation zones” Moscow proposed in May, albeit in the four areas where the Assads still face strong challenges from rebels; even a constitutional blueprint to decentralise power in Syria. The US has come up with next to nothing. The common denominator in these three Russian initiatives may be — some western diplomats involved in Syria suggest — that President Vladimir Putin is groping towards an exit strategy from Syria. If so, nothing Mr Trump is engaged in looks likely to help him find one.”

One counter to Gardner’s assertion about Russia’s involvement is that Putin ever the chess player has been playing both sides in the war in order to create an underlying need to entrap the Americans in a quagmire not easily extricated.

While it is clear what happened over the weekend and late yesterday are ominous, they are more examples of an administration being handed a hot potato by its precedessor and not getting up to speed fast enough to handle it.

While Trump may not have moved fast enough to counter Syrian and Iranian advancement in Syria this is more of a product of clear indecisiveness in being ready to push back against the Russians in their desire to control the Levant.