As an Armenian, whose ancestors were victims of the Armenian genocide, as a daughter of a DP (displaced person) whose father’s whole family were in forced labor camps in Stuttgart, Germany during World War II  – the topic of the behavior of the Ottoman Empire vs the modern-day Turkish regime actions are always in the back my mind and any Armenian’s mind.

In Jan 2007, when Turkish born Armenian journalist Hrant Dink (January 2007) gets assassinated for speaking out and telling the truth…I see no big difference, do you?

More recently in October 2015, Turkish Mayor Abdullah Demirbas of the municipality of Sur in Diyarbakir, a brave man standing up for the minorities in Turkey including Armenians, has been harassed, threatened, imprisoned and became deathly ill for speaking out against injustices done to minorities (us) in Turkey, I see no big difference, do you?

When reflecting on the recent bombing in Ankara where Kurds and minorities were rallying for their voices to be heard…. Erdogan alluded to ISIS being involved, when now we know Turkey is a backer of ISIS….I see no big difference, do you?

Also, reading of the potential idea that Erdogan’s daughter and son being involved with ISIS and of course many other articles connecting Turkey directly to ISIS makes one ask: I see no big difference, do you?

What is the difference between today’s Turkish regime and the Ottoman Empire?  International oversight? Turkey is a part of international coalition today so they are held accountable for their actions.  Really?  Is there any true scrutiny… except when it comes to Israel and the double standard automatically applied to every action or non-action which of most are clearly accusations & clearly distortions of the ‘campaign of young Arab muslim terror’ happening daily.

Turkey seems to autonomously make moves having the world in an unspoken grip.  Who can do what to them? Erdogan the visionary and his vision seem to be far reaching into the future with maybe a desire to become an empire again?  Can it be?

Now, with the grave error of striking down Putin’s plane, the world sits back and watches as the first step of an economical withdrawal is made by Russia… adding insult to injury, we won’t buy from you WE WILL BUY FROM ISRAEL!!  Let’s just sit back and see what other front will be doused in Putin’s 2nd plan of retaliation attack on Turkey.  Erdogan, sit down.  Autonomous, are you??  World, I hope to see a difference, don’t you? 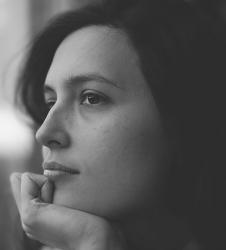