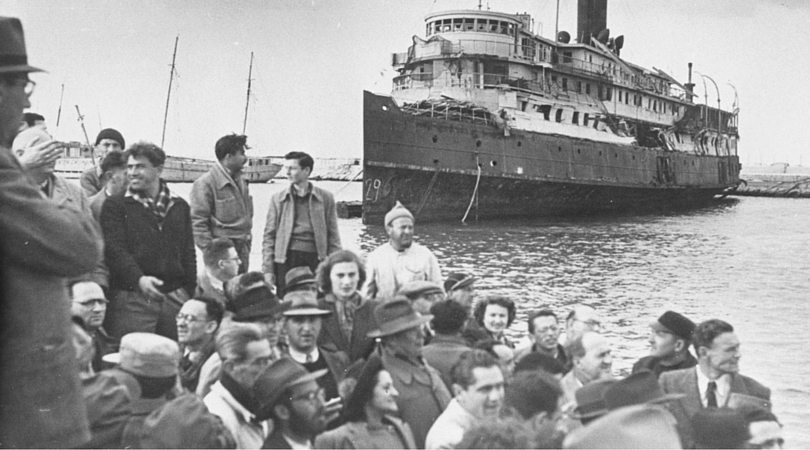 “‘You have seen what I did to Egypt, and I have borne you on the wings of eagles and brought you to Me. And now, if you hearken well to Me and observe My Covenant, you shall be to Me a Segula of all nations, for Mine is the entire world. You shall be to Me a kingdom of priests and a holy nation.’ These are the words that you shall speak to the Children of Israel.” (SHEMOT 19:4-6)

Before bestowing upon Israel the Torah at Sinai, HaShem commands Moshe to relate these instructions to the entire Hebrew Nation. Awareness of Israel’s national mission is a prerequisite for receiving the Torah because only through understanding our historic purpose and the Divine Ideal our nation is meant to manifest can we hope to fully grasp the significance of the individual mitzvotthrough which that greater ideal is expressed.

The national mission of the Jewish people in history is achieved through that which can best be described as “a kingdom of priests and a holy nation.” Israel is tasked with bringing all of humanity to the conscious awareness of HaShem as the timeless ultimate Reality without end that creates all, sustains all, empowers all and loves all. And in order for Israel to achieve this lofty goal, we must first constitute a healthy nation in our homeland that manifests the Divine Ideal in all spheres of national life. Our society must encompass scholars, doctors, farmers, pilots, accountants, lawmakers, firefighters and sanitation workers, all serving HaShem and working in unison to build His kingdom in our physical world – a kingdom that will provide material expression to all of our Torah’s highest spiritual values. Not as a “religion” or philosophy but rather as a living reality – a kingdom who’s very life force and national culture is the Divine Ideal being fully expressed in every field of human endeavor. A kingdom of priests and holy nation – where even the bus drivers drive their buses and the merchants sell their wares in such a way that manifests HaShem’s Ideal in their specific spheres of life – is the way in which Israel brings the world to know HaShem.

Rabbi Avraham Yitzḥak HaKohen Kook writes at length on the topic of Israel’s Segula. In Letter 555, he explains that the holiness and Divine connection ofAm Yisrael is made up of two main components – the Segula and free will. TheSegula is our nation’s absolute inner essence that transcends the behavior or personal consciousness of any individual Jew. It is the eternal national Covenant between the Kadosh Barukh Hu and Israel and the intrinsic kedushainfused into the nature of Knesset Yisrael – Israel’s collective soul – that cannot be altered or negated, thereby upholding the Mishnaic teaching that all Israel have a share in the world to come. Just by virtue of being substantially linked to the Divine, every Hebrew enjoys an eternal connection to HaShem.

Despite the objective kedusha of Israel’s inner Segula independent of the thoughts or deeds of individuals, its expression is generally revealed only to the extent that a Jew’s free will facilitates. Its manifestation is therefore normally dependent on a person’s conscious relationship with HaShem, emersion in Torah and fulfillment of mitzvot.

Because Israel possesses this consecrated Segula and the potential to bring great blessing to the world, we must strive to express it through our individual and collective conduct. The Hebrew Nation was created with the ability to shine a tremendous light to the world that will elevate Creation to its loftiest ideal state. While all Jews possess this unique Segula regardless of whether or not we ever actualize our potential, a healthy person who understands this responsibility will naturally strive to live up to his true self. The more we appreciate our national mission and connection to HaShem, the more we desire to reveal the Segula in our lives. This manifestation of Divine energy and blessing is essentially accomplished through the performance of the mitzvot.

Although Rabbi Kook teaches that there are historic periods in which theSegula is able to override personal choice and subconsciously propel Israel forward (such as the Zionist movement’s initial stages), the role of Israel’s free will is to recognize and reveal the Segula’s innate kedusha by conducting our personal lives and national life in accordance with the statutes of our Torah. By properly utilizing our power of choice, we open valves that bring Divine content into our world. Each mitzvah performed in Eretz Yisrael is a finite vehicle that infuses immense light into our reality, like a faucet connected to a pipe full of blessing that enters the world through each precept carried out. This Divine energy then raises the world to a higher plane of existence, measurably improving and illuminating it through the Jewish people properly expressing our inner essence. Every time a Jew learns a verse of Torah, gives money to the needy or plants a tree in his homeland, a surge of Divine blessing enters the world, causing the forces of evil and human suffering to be diminished.

For much of the time that Jews were in exile from our homeland, the world was trapped in what is often referred to as “dark ages.” Advancement in the fields of medicine, culture and technology was halted as senseless violence and disease plagued civilization. But as soon as the Hebrew Nation began to trickle home to our native soil, a world of wisdom and idealism began to open up and flourish. Science and technology began to rapidly advance as mankind’s sensibilities grew increasingly more humane. For the first time in history, warfare – rather than glorified – became viewed as a negative (although often necessary) historic occurrence. Mass movements were formed and revolutions took place geared towards rectifying the ills of human civilization.

History’s ultimate goal of universal fulfillment and total blessing necessitates exposing the Divine Ideal that manifests itself through Israel’s national life ofkedusha. While the Segula of Israel is eternal and unchangeable, the Hebrew mission is to reveal it on the highest level possible in order to drive humanity closer to achieving a perfect world.

The Torah is not a “religion” relegated to the houses of study or prayer. Nor is it a set of rules meant to coercively modify human behavior. The Torah is the Divine Ideal from before Creation lowered into our world in order to guide Israel in successfully exposing our inner Segula and actualizing our potential of bringing humankind to the awareness of its unique relationship with the infinite Whole we call HaShem. Each word and precept found within our Torah only serves to instruct us in properly revealing our inherent kedusha and behaving according to our authentic nature.

The Torah ideal of Israel becoming “a kingdom of priests and a holy nation” necessitates the sanctification of every element of nationhood, from commerce and social services to warfare and diplomacy. This is the Divine Ideal – revealed to us even before the Ten Commandments – that constitutes the essence of Israel’s spiritual composition and illustrates the perfection of the Torah as our constitution. The Kingdom of Israel, now advancing towards fulfillment, will revolutionize human values and shine blessing to mankind as we establish a model society that will set an example of Divine perfection and bring history to its ultimate goal.