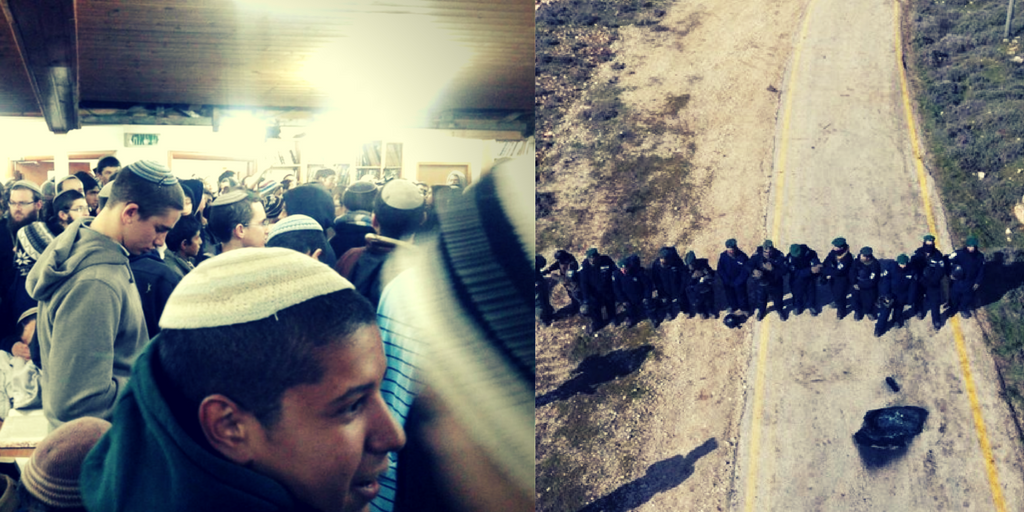 In the aftermath of the expulsion and upcoming destruction of the Jewish Community of Amona, r”l, I think its important to reflect a bit. It just happened and it will take time to analyze mistakes made and by whom, but there are a few observations that can already be conclusively drawn.

1. Not speaking against the families of Amona, they are suffering terribly and deserve our support, but their major handicap in this struggle was their hashkafa – their blind trust in the Government and their “leaders”. No other community in Israel, including the secular, ascribe to such rigid beliefs of support for the “authorities”.

2. When “leaders” promise something very bad won’t happen just because they don’t want it to, DO NOT BELIEVE THEM!!!

3. The most heroic are those Jewish youth who made it to the mountain in the extreme cold and difficult conditions AND AGAINST THE ORDERS OF THE POLICE!!! Following police orders is not a mitzvah and often is likely an aveirah, One doesn’t have to live in the Old City of Jerusalem (although it helps) to realize how terribly awful the Israeli police are. They are not all evil, but most are and the leadership is even worse. No one is doing anything about this and yet the Religious Zionists continue to pray for these wicked people every Shabbat in Synagogue. It truly makes no sense. It reminds of battered wife syndrome. Its not a religious philosophy, its an unhealthy mental condition.

There seems to be a difference of opinion as to who instigated violence at Amona. WHY WOULD ANY NORMAL PERSON BELIEVE THE POLICE?!!! Even Betzalel Smotrich has criticized the wonderful youth, after comparing the situation to rape. How pathetically sad and more proof of a disfunctional hashkafa! You take the side of the police over the Jewish kids attempting to save a SYNAGOGUE in Israel!! Read that again. Its insane!

4. Those heroes from the Synagogue should strongly consider joining the Haredi world. Nobody in the Haredi thinks what they did was bad. Gilad Erdan thinks it was bad. He is not a religious leader, putting it mildly. He’s a jerk. And so are his henchman that beat Jewish kids and now are going to destroy an entire community and synagogue in Israel, r’l.

Right now, the people of Amona deserve our sympathy and support, the heroic youth deserve our praise.