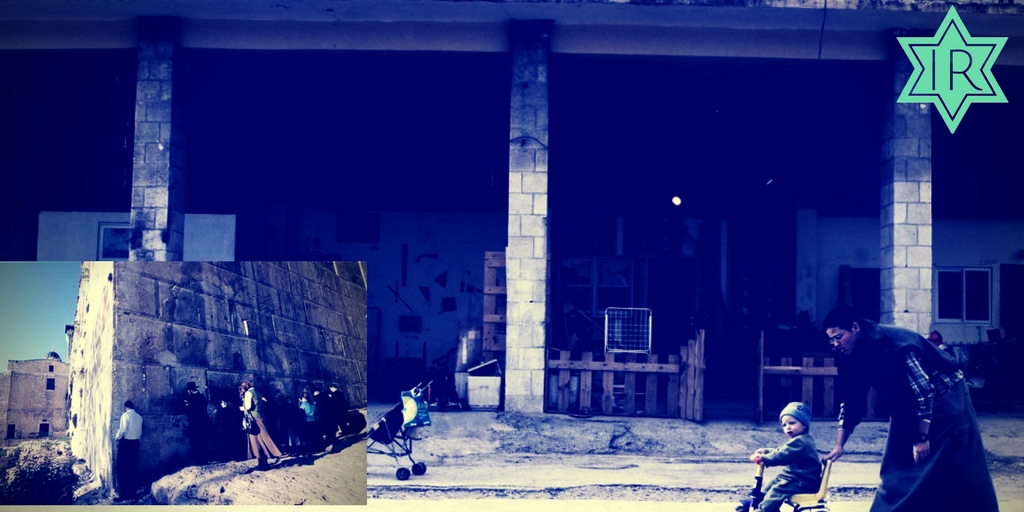 In 2008, then Prime Minister Ehud Olmert and Defense Minister Ehud Barak colluded to remove a number of Jewish families living in the Mitkanim neighborhood next to the Avraham Avinu quarter in Ancient Hebron.

The Mitkanim neighborhood historically belonged to the ancient Jewish community in the city before the Jews were systematically massacred by the city’s Arabs in 1929. The Mitkanim neighborhood is an extension of Hebron’s market place known as the Shuk and was the site where Shalhevet Pass, an infant, was brutally killed nearly 16 years ago by Arafat led PA snipers.

The new buildings are a welcome development for the Jewish community in Hebron which has seen a real renaissance in the last few years.  The buildings would correct a historic wrong perpetrated by the British colonial forces that stood by while marauding Arabs wiped out the ancient Jewish community.

Rabbi Ben Packer of the Heritage House notes that it is actually private individuals that have pushed the government to act. “It seems the government policy is slightly changing. This could open the door too much more development! However, its important to point out that without the Yeshiva (Shavei Hevron) next door to this army base, this would be very unlikely,” Rabbi Packer says. “The Yeshiva has been developed through private donors and coupled with the recent legal purchases of Beit HaShalom, Beit HaMachpela, Beit Leah and Beit Rachel all exemplify the incredible power that private individuals have in strengthening the Jewish presence.”

Although Beit Machpela, Beit Leah, and Beit Rachel are all in dispute within the judicial system, history has shown that perseverance and patience are the best tools to secure and reclaim Old Jewish Hebron.