The Nigerian army has announced that they have fatally wounded Abubakar Shekau, leader of the Boko Haram terror group, in an air strike.  The action took place Friday, but was only now just confirmed.

The question isn’t whether Shekau is dead or not.  Boko Haram’s leadership exist at the highest levels of the Nigerian government. President Buhari cleverly used the group to force former President Goodluck Jonathan from office. Buhari ran as a strong man claiming to be the only one capable of defeating Boko Haram.  Yet, Buhari himself has been a known Boko Haram sympathizer.

According to CAN the Christian Association of Nigeria, Buhari is at the very least a Boko Haram sympathizer.  On eof the group’s leaders Rev. Dr. Musa Asake issued the following statement after the brutal killing of a Christian woman at the hands of Muslim fanatics: “The discrimination against non-Muslims in Nigeria under the Buhari Administration is assuming a dangerous dimension that should not be left to the vagaries of time and circumstance to resolve.”

Buhari cleverly used Boko Haram to attain power and has harnesed the group when necessary to bolster the Islamic Fulani Herdsman in their rampages agains Jewish and Christian Nigerians in Biafra.  At other times Buhari claims to be fighting Boko Haram in order to procure better weapons from the Obama administration.  These weapons are being used not against Boko Haram, but rather many forces connected to the free Biafra movement.

So is the leader of Boko Haram dead?  Well, that depends on who the real leader is.

Previous Post ON THE FRONTLINES: Jews Moving Back to Hebron Neighborhood Years After Their Removal

Next Post Did Martin Luther King's "Beyond Vietnam" Get Him Killed or Was it Something Deeper? 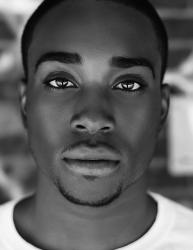