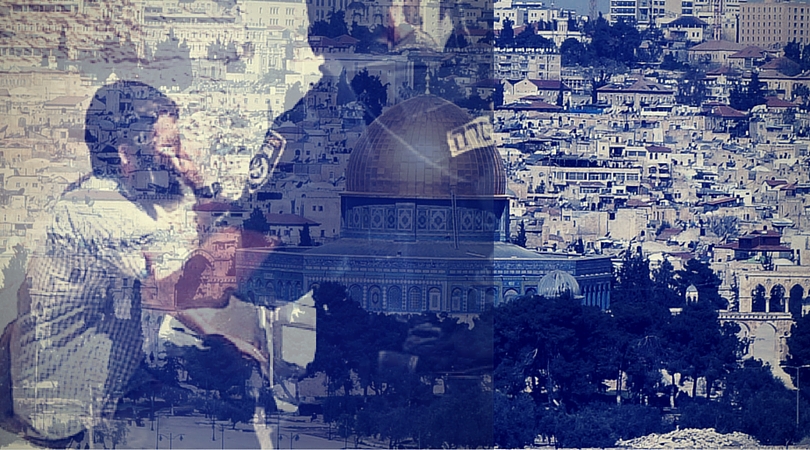 The Temple Mount, Judaism’s holiest site, is the spot of today’s most blatant and obvious portrayal of anti-Semitism. The idea that a Jew, and only a Jew, is not allowed to utter even one word of prayer or bow his head while on the Temple Mount is a clear violation of religious rights. Whether a Jew should go up on the Temple Mount and cause “provocation” by just being there is an issue that many people debate. However, the fact that this status quo still exists is absurd.

“Over 500 people visited the Temple Mount on Tuesday, including 400 tourists. Eight, however, were forced off by the police for allegedly “violating the visiting conditions.”

Two Jewish visitors bowed down while on the site, in contravention of the status quo that bans Jews from praying while at their holiest site. After they did so, a number of Arabs attacked them, driving the pair to the ground. Police pushed back the rioters and forced the Jews to leave the site.”
Read more about this on Israel National News

Some may view Jewish visits to the Temple Mount as a peaceful protest and some may view it as a provocation. Regardless, it should be a human right to utter words, at least silently, when it harms nobody at all.

“Israeli public perception of the ban on Jewish prayer has shifted. Through the fruits of a long-term concerted PR campaign, now using updated jargon calling for “freedom of religion” and “human rights,” the previously fringe Temple Mount movement — while still intent on fighting the status quo that is preventing Jewish prayer there — is increasingly mainstreamed.”
Read more about this on TOI

“On the morning of Sunday, April 17, an Jewish man in his 40′s was detained on the Temple Mount after explaining the verse “Ana HaShem hoshia na (Please Lord, save us; Psalms 118:25)” during a talk in English on the Torah portion “Acharei Mot” while speaking to a group. When policemen heard the words “Ana HaShem”, a police officer approached the speaker and informed him that he was being detained on suspicion of praying. The police officer did not accept his explanation that he was not praying but rather giving an explanation of a Biblical verse to his group. The policemen interrupted him as he spoke in English, removed him from the Temple Mount and detained him.”

Read more about this story from Honenu

Meanwhile, the Israeli government continues to reassure the Jordanian Waqf, which administers the holy site, that it will uphold the status-quo and constrain access to Jews.
Read more about this on Jpost