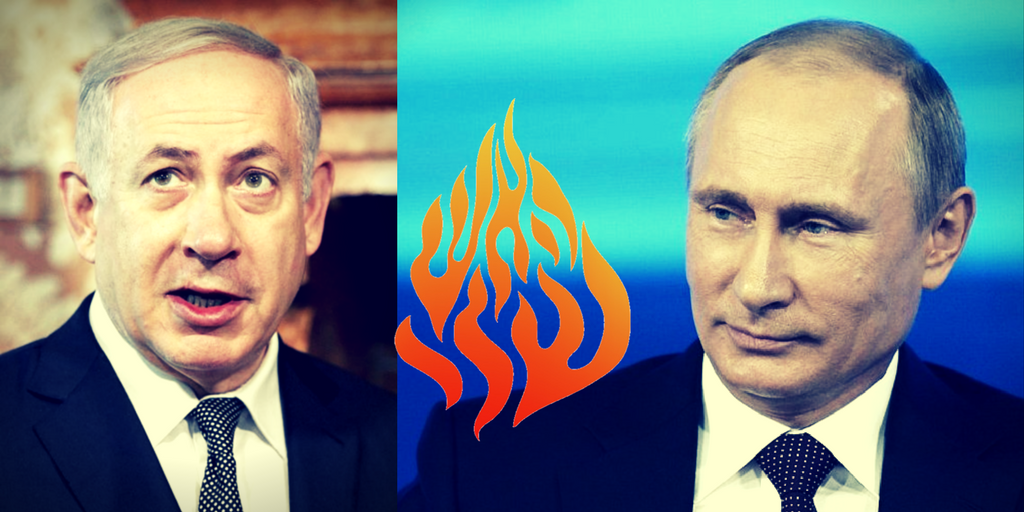 The Middle East is becoming unhinged. Whether Putin maliciously planned to allow Israel to be cornered by Iran and Hezbollah or not may never be known, but what is clear is the agreements between Russia and Israel on “freedom of attack” when Iranian arm transfers to Hezbollah are determined to be for attacking Israel appears to be changed from their original parlance.  When the IAF attacked a convoy that inadvertently destroyed Russian armaments, Israel’s relationship with Putin changed.

True, Putin most probably set the confrontation up as a test to see how serious Israel was in taking out Iranian weapons, but the question is why.  With the Syrian crisis far from over and the Ukrainian conflict growing in the Don-bass, Russia is trying to demarcate who stands where.  It had been assumed before Friday’s attack and Sunday’s Hezbollah movement to the Golan that Israel would elect to stay out of the burgeoning war between Russia and the West.  Israel’s reaction proved this hypothesis wrong.

The next stage is a purposeful allowance of Iranian and Hezbollah soldiers to take the Syrian Golan.  This is a red line for Israel and  yet vitally important for Russia to execute in order to put in place a Gordian knot on the Jewish State.  While Putin cements his control of Syria, the last thing he needs is for Israel disrupt it.

Bibi Netanyahu responded to Putin’s summoning of the Israeli ambassador with these words: “Our policy on the subject will not change,” declared Netanyahu. “If there is a feasibility from an intelligence and military standpoint – we attack and so it will continue.”

Yet, it was Bibi himself who insisted that he had struck a deal with Putin.  The changing parameters of that deal, which shift by the day show how ridiculous it is to toy with KGB directors turned Presidents.  Bibi is a good chess player and out-foxed Obama for eight years, but Putin is a champion at it and despite Bibi’s tough talk he knows Israel is becoming cornered.

In December of of 2015 I wrote this concerning the embracing of Russia as a partner for Israel:

“a regionally strong and globally ascendant Israel should not run to embrace a looming Russian Bear just yet. Especially a Russia that is purely pragmatic and whose leaders do not share the biblical values that have made Israel function beyond the realm of pragmatism. These values in many ways have made the dream of an Israel that went from persecuted to global leader a reality far more than the tactical pragmatism of Putin. We have to remember that as much as we want to be accepted by a strong Russia, Putin himself lives in a world of tactics and tactics can change if Mother Russia needs them to. In other words an alliance with Russia will only happen if it is good for Russia and its length will only last if it is good for Russia.”

Putin’s shifting tactics have finally caught up with Israel’s strategic needs.  In the next phase of the Syrian and expanding Levant conflict, the Israeli government would do well not to rely on earthly kings for security and perhaps take the time to put their trust in the only King that truly matters.