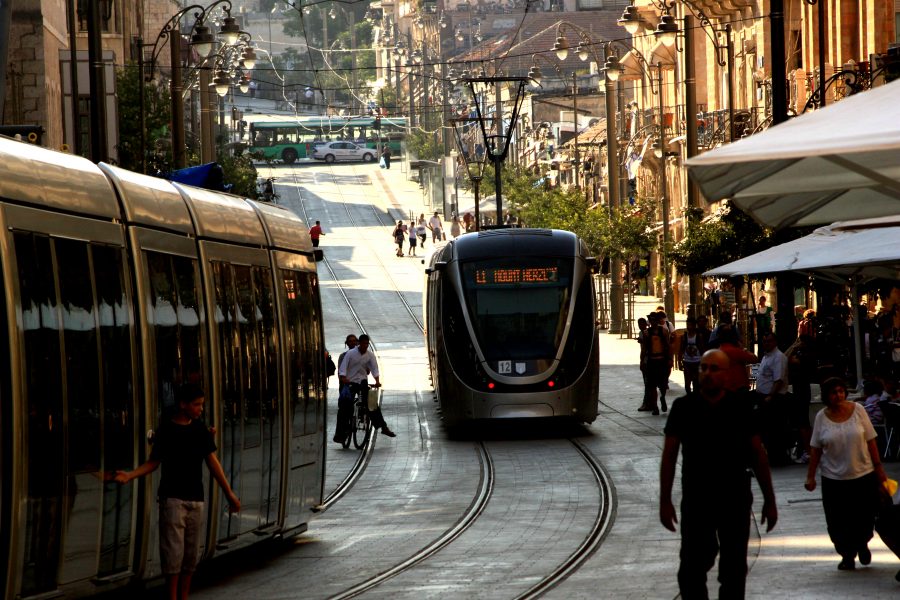 On Sunday morning, a Palestinian carrying a bag with explosives was apprehended by a Druze security guard at a populated Jerusalem light rail station. A security guard spotted the suspicious man, tackled him to the ground and neutralized the threat. A bomb squad arrived and detonated the bag after closing down several blocks from vehicles and pedestrians.

The terrorist, in his 20’s and from Beit Ula near Hebron, was also found carrying several pipe bombs and knives. During questioning he admitted his plan to carry out an attack on the light rail train.

Jerusalem Mayor Nir Barkat of publicly thanked the Druze security guard and his team for their heroism. “This morning, thanks to the vigilance of the light rail security guards, a large terror attack was averted,” said Barkat. The Druze people have long been considered indigenous allies of Israel and they are upstanding citizens in Israeli society, volunteering in the army and protecting its citizens.

This attack attempt is just another one in the recent terror wave which started in October 2015 as a result of incitement by the Palestinian Authority to attack Jews.