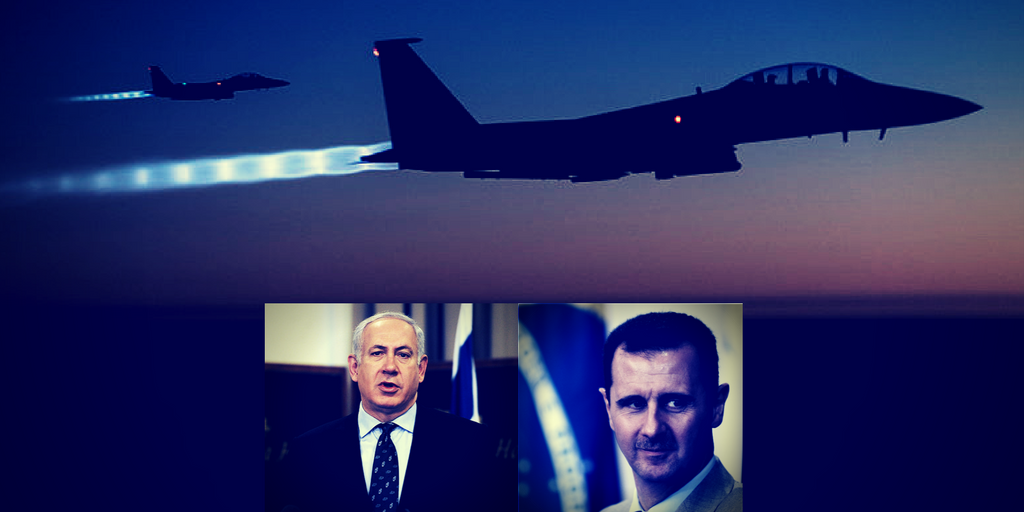 Although the IDF has no official comment on the air force raids into Syrian territory. Arabic media is reporting Israeli airstrikes on multiple targets.

“The Israeli air force launched two raids by 4 missiles. The first targeted an ammunition dump inside the 38 Brigade of the Fourth Infantry Division, in the Syrian army and sources said the second targeted a number of cars near highway between Beirut – Damascus. The sources said the second raid was not targeting any security or political personnel, but rather a convoy of vehicles who are mostly likely affiliated with Hezbollah arms shipments.  According to local media the attack occurred in the early hours of Wednesday morning with Syrians waking to hear the sound of explosions west of the Syrian capital Damascus.”

The attack follows a similar attack against ISIS targets after they engaged with the IDF on Monday.  The Israeli government continues to follow a policy of neutrality in regards to the Syrian Civil War and will only attack when arm shipments are destined from Syria to Hezbollah in Lebanon or if ISIS directly confronts Israel, which happened for the first time earlier in the week.