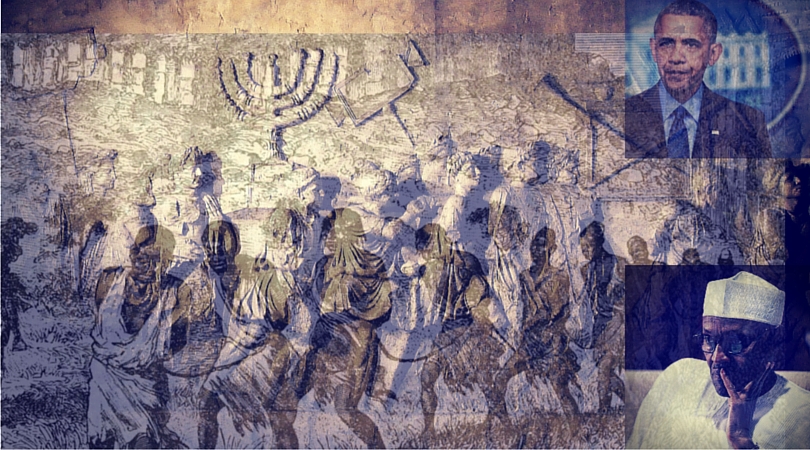 Reports continue to race in about scores of wounded and dead Biafrans. With the violence initiated by gangs backed by the Nigerian government, one tries to grapple with the sheer trantsparent morality of both the White House and the State Department. Obama’s foreign policy has always been an enigma and yet the Biafra is the most baffling of all. The American government continues to back a divisive Islamist over the law abiding people in Biafra.  Yet it should not come as a surprise to those that have watched the US government’s treatment of Israel that, America relishes in playing both sides against one another.  After all conflict is good for business, America’s arms business.

In the case of Biafra, which is home to a growing Jewish population as well as a Hebraic form of Christianity, the pretenses of balancing the conflict have gone completely out the window. The question is not is Biafra different, but why is it being treated different?

Echoes of the Slave Trade

Within Biafra, the Igbo are the most populous.  They also happened to have made up the majority of the slave population ripped from West Africa and transferred to the Americas.  The presence and perseverance of the Igbo in a similar fashion to the Jewish Nation is a reminder of just how eternal spirit and hope are.  The West hates to be reminded of its hypocrisy.  Biafra is a constant reminder that in truth the West stands for little.

The pronouncements of rights and freedoms are just that, clever talking points given to stake the moral high ground while painting others as deficient in the realm of ethics. Yet one must be blind not to see the ridiculousness of it all. The West was the largest perpetrator of the destruction of the African continent, including Israel which rests on its North Eastern tip than any other group of Nations.  Starting with the crushing of the Judean Revolt all the way to destructive policies of post colonial Africa, the West has wiped out whole cultures and memories causing everlasting trauma.

Biafra reminds us who the real enemy is.  The Hausa to the North, much like the Arabs that surround Israel are pawns, enabled by those Arabist bureaucrats at the State Department as well as the neo-colonial policies of Europe. Biafra and more specifically, the Igbo reveals how hollow Obama’s and the Lefts pseudo empathy of African suffering really is. By picking Islam over traditional indigenous cultures,  they have shredded Pan Africanism the same way they have called into question Israel’s very connection to its Land.

Biafra, more than anything exposes the lie that Obama and the West actually care.  They don’t, unless it is about money.

The parallel struggles of Biafra and Israel are a reminder that good people need to stand up. Yet, the situation is also a wake up call to Israel, that now is the time to become the leader it is destined to and take a central role in protecting and freeing Biafra. Doing so will send a message to the World, that morality is something worth fighting for.