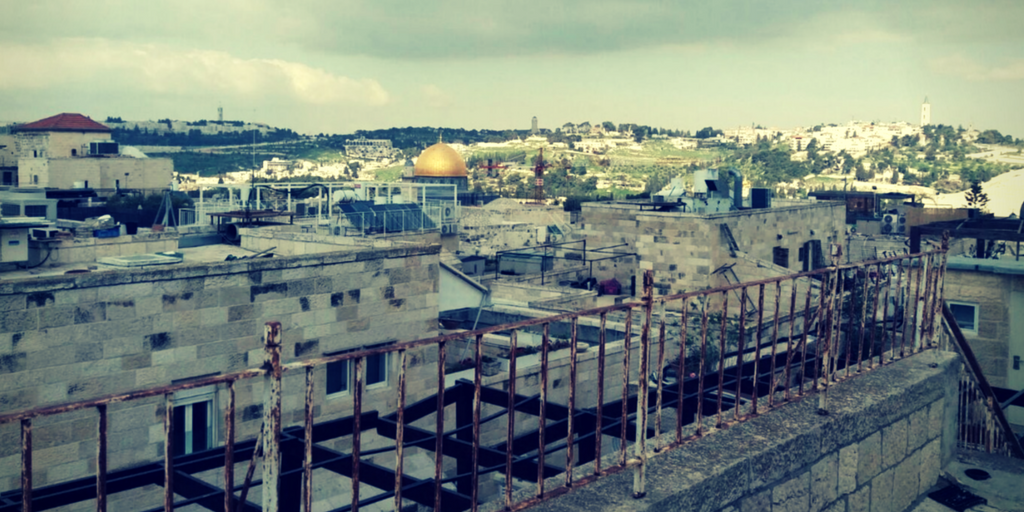 Adiel Kolman, 32 year old father of four from Kochav Hashachar was murdered last night by 28 year old Abed al-Rahman Bani Fa’adal, a resident of the Palestinian Authority-controlled town of Aqraba, near Shechem in the Shomron.  Fa’adal succeeded in using his entry permit to evade security checkpoints into Jerusalem and even into the Old City. He was shot by the police at the site of the murder.

Kolman was on his way home for the evening.  He was a security guard in the Old City of Jerusalem and as well as contributing greatly to the City of David’s archeological excavations.

The victim spent hours at Shaare Tzedek hospital only to succumb to his wounds.

President Reuven Rivlin said the following about the murder: ““Four more children lost their father last night. For the bereaved the pain is unbearable. Thirty-two year old Adiel Kolman, who worked with dedication in the City of David excavations, was murdered yesterday in the Old City, in a brutal and abhorrent stabbing terror attack. The terror on the streets of Jerusalem, our capital, where Jews and Arabs have lived together for hundreds of years, is a great disaster for all its inhabitants, and we will not allow it to become an existing reality. We will fight against terror and we will overcome.”

With tensions still high after the murder of two soldiers just before Shabbat, Daniel Luria, Executive Director of Ateret Cohanim offered a different approach. “Ateret Cohanim calls on the Israeli Government to act like a true supporting Governemnt and stop sitting on the fence, by pretending to be moral or ethical. We are at war. And so there is one way to treat an enemy during wartime. Destroying one petty small  bedroom in a building hasn’t and wont stop these terrorists,” Luria said.

Luria continued: “Destroying the family home (all rooms) will have more of a chance of being a deterrant. Evicting the whole immediate family and banishing them out of Israel to say Gaza  is a possible deterrant. Cutting any and all social security payments will also help if relevant. Lets stop playing games. Lets remember that the family and many friends of the terrorist knows about and  supports his actions. They are not innocent bystanders.”
“So I call upon  the Israeli Government to act like the head of the family, whose own child has been murdered and act like the true owner of the Land of Israel.”
Our answer. Our response. Our revenge – is to buy, build, redeem, reclaim, add Jewish life and secure Jerusalem.”