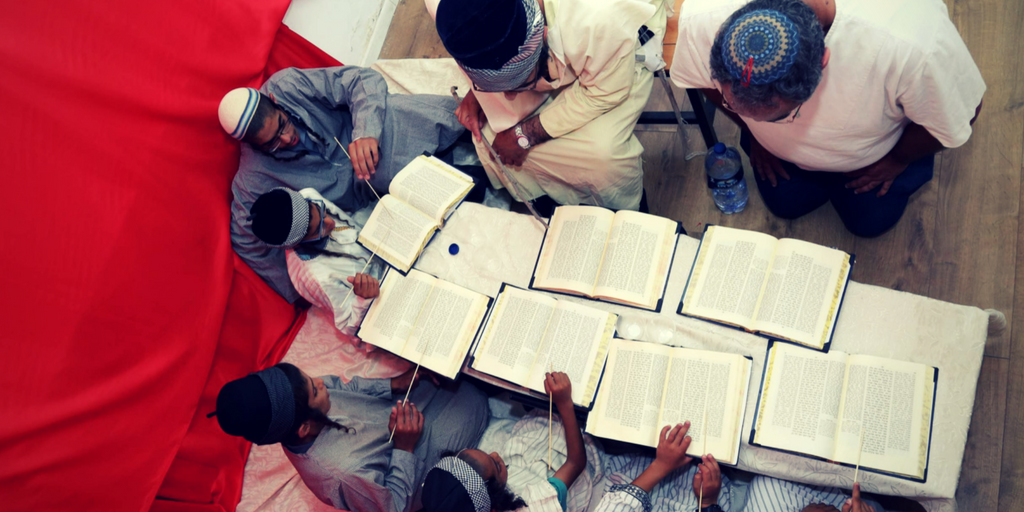 After nearly 80 years of having Arab squatters live within its walls as well as severe vandalism and desecration, the Old Yemenite Synagogue had a rededication ceremony yesterday.  Built in the 1880s by Yemenite Jews who walked to Israel on foot, it quickly became the central focus of the growing Jewish community outside of the Old City walls.

The Yemenite Village was built upon a barren hillside across from the City of David and stood their until consecutive Arab pogroms chased the Jews out. By 1948 the whole neighborhood was taken over by Arabs that had moved from outside of Jerusalem as well as Jordanian forces.  This village was renamed Silwan.

Today, the Yemenite Village is being rebuilt through acquisitions in Silwan facilitated by Ateret Cohanim.  With 21 families and 8o children it appears that the Yemenite Village now hidden within the Arab occupation of the hillside is set to grow. With all the positive events in the neighborhood over the last few years, yesterday’s dedication was by far the most impactful and emotional.

The Yemenite synagogue is a three domed structure.  The Arab squatters encouraged by EU funded organizations held onto 2/3 of the building, with the first domed room having been bought a few years earlier.  The Supreme Court eventually ruled that the squatters had to leave. Now a few years later and some basic renovations, a full renovation is being prepared.

Ministers Zeev Elkin and Miri Regev spoke at the ceremony yesterday and Governor Mike Huckabee of Arkansas was in attendance.

Watch Daniel Luria of Ateret Cohanim speak about the importance of the Synagogue below.