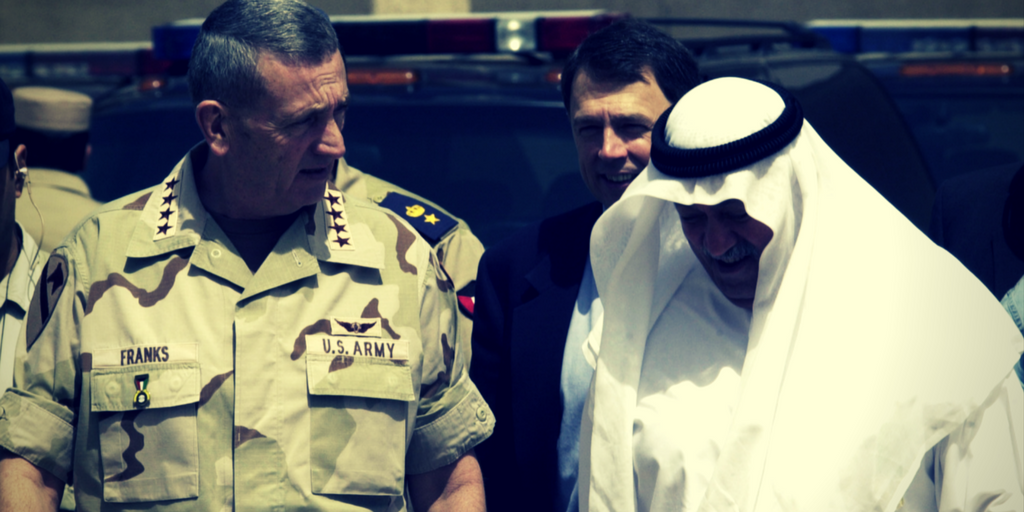 As the Qatar crisis heads into its second week another shoe is evidently about to drop.  The AP reported that the U.A.E.’s ambassador in Washington, Yousef Al Otaiba, urged the Trump administration to consider moving its air base out of Qatar.

“Maybe someone in Congress should have a hearing and just say, you know, ‘Should we consider moving it?’” the ambassador said in Washington on Tuesday. “And maybe not moving the entire base. Maybe just distribute to various countries so you don’t have all your eggs in one basket.”

The airbase is home to CENTCOM the hub for the US military in the region.  If the US would move the enormaous base Qatar would lose the last piece of leverage it has with the West.

Although behind the scenes the US has been supporting the Saudi led maneuvers against Qatar, it was not until recently that President Trump iterated his support for the Saudi blockade.

Although moving CENTCOM is highly unlikely at this point, nothing should be ruled out. With Saudi Arabia moving fast agianst radical Jihad, the time for action is clearly now. If the US does indeed move CENTCOM, it may be the trigger that will start the next round of war in the region.