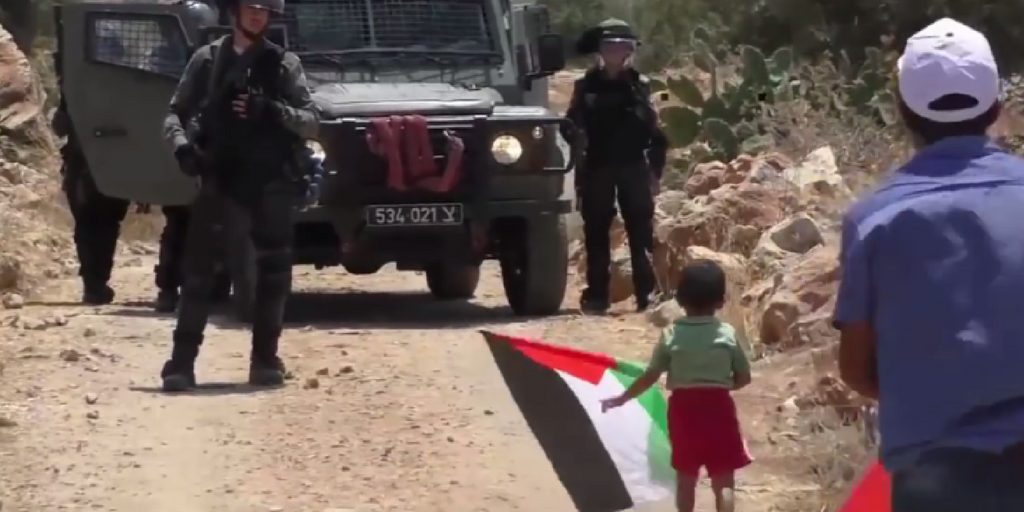 In what must be one of the most disturbing pieces of video footage, a Palestinian father confronts IDF soldiers during a protest and pleads with the soldiers to shoot and kill his little boy.

In the video, the father is heard yelling at the IDF soldiers, “Shoot him, Shoot him. ” He then goes on to command his son, “Go go over there. Don’t be afraid. Go over there. Let them shoot you. Let them kill you.”

This video has gone viral, even in the Arab world. The only difference is that when the Palestinian Authority TV station reported the story, they edited out the part of the video that shows the soldier reaching his hand out to the boy in a friendly gesture and the boy then shaking his hand. Instead, the PA TV outright lied and praised the boy for not shaking the IDF soldier’s hand. The PA is known for its incitement against Israel and Jews and has a history of hiding the facts and outright lying to the public.

Prime Minister Benjamin Netanyahu issued a public statement commenting on the video in which a Palestinian father calls on soldiers to shoot his son. “I’ve just watched a video that shook me to the core of my being. In just a few seconds, it shows why our conflict persists,” he said.

If the Palestinian culture does not immediately change its obsession with death, martyrdom and murder, the chances of peace with Israel will become even more unlikely.