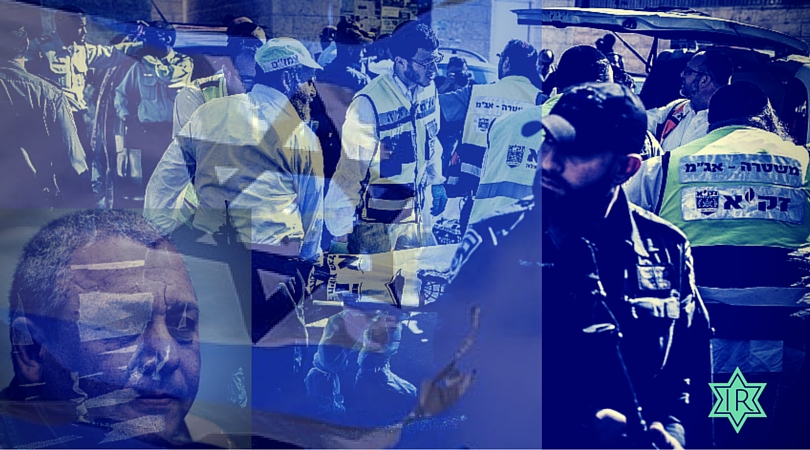 “When there’s a 13-year-old girl holding scissors or a knife and there is some distance between her and the soldiers, I don’t want to see a soldier open fire and empty his magazine at a girl like that, even if she is committing a very serious act. Rather he should use the force necessary to fulfill the objective.”

The above statement from Gabi Eisenkot, Israel’s top general essentially sums up the disconnect that Israel’s security heads have from the current round of violence. By treating actions like stabbing innocent civilians as criminal acts the heads of Israel’s security forces are working with a different set of assumptions than the Arab leaders of Israel are.

Knifings, stone throwings, and shootings are not happening because of some sort of criminal offense, but because the Arab leadership insists on fighting a war this way. In war, the fastest way to win is to use maximum force.  This does two things.  Firstly it saves lives of both warring parties and second it ensures victory. The longer a war goes on more civilians on both sides run the risk of death and victory becomes less certain.

The current violence has been carefully orchestrated to rise in severity as to constantly keep the security forces guessing.  The knives have now been replaced by guns and if Hamas can be believed, the guns will be replaced by bombs.  In fact Hamas has recently issued a music video hinting it is about to return to suicide bombs.

“Oh Martyrdom-seeker, make them cry. Make the fire engulf them. Turn them into body parts, roast them, bringing joy to the hearts of the steadfast [Palestinian] people.”

It may seem cruel to shoot a 13 year old girl waving a knife and attempting to hurt innocents, but by using maximum force against her, the enemy will learn that it is better to stop than use anything stronger.

Israel’s security agencies, despite their many successes still function in accordance with a false perception of what it means to deal with an unrepentant enemy.  This is an enemy who has taught its children to hate blindly.  In war, an enemy like that should not be spared and can only be stopped when it realizes it cannot win…ever.