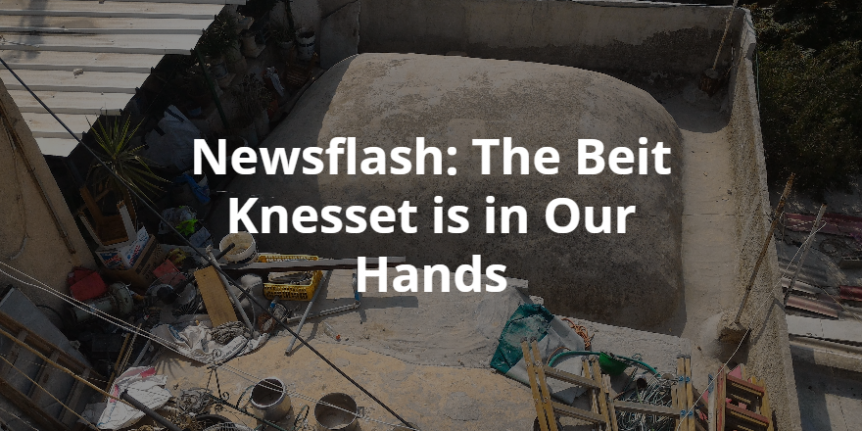 It is not every morning you feel that the redemption is unfolding around you. This morning I had the merit of witnessing the final 2/3 of the Yemenite Beit Knesset in the Old Yemenite Village of Jerusalem return to Jewish hands. When I arrived at the scene riot police were all around and kept a tense peace in one of the most violently anti-Jewish neighborhoods in Jerusalem.  The Beit Knesset has been the central focus of this violence and with its lawful return to Jewish hands a rebirth of true Jewish sovereignty will certainly return to  a once historically thriving Jewish neighborhood.

The Beit Knesset stood out for years as a three domed structure.  One third was returned a few months ago and subsequently renovated, but the other two domes were a mystery.  Now with the removal of the final Arab squatters a true renovation can begin.

First Entry to the final 2/3 of the Beit Knesset.