Syria is now in the news due to the latest atrocity – chemical weapons being used on civilians.

Due to the prevalence of fake news, I’m seeing a lot of confusion regarding the attack: Who did it? Why? Is it real? Many people don’t know what source to trust and/or do not know where to go to get a clear picture of what is happening and why they should care about it.

I hope to be able to present the reality in a way that is easy to understand. Please note that this is a simplified version, there are more ins and outs to this issue than I will cover. My goal is to give the main points and clear away the confusion.

Question 1: Who can you trust to give you accurate information what is happening in Syria?

Answer:
With the amount of obviously fake news flying around and news slanted for political purposes, I highly recommend being ultra-skeptical. Ask questions: Who is reporting the news? Why are the saying what they are saying? What is their source? Do they actually know what they are talking about?

Israeli news is a good source. We too have bias in our news but, in general, the audience is well aware of the bias and can take the reports with the necessary grain of salt.

Israel’s Middle Eastern Affairs analysts are probably the best in the world. They get information that sometimes never appears on American news. I will never forget hearing one of Israel’s older analysts explain on 9/11, as we were watching the towers burn, that it was probably Al-Qaeda who did it. How long did it take till Americans found out who attacked them?

Amongst all of our experts, I believe Tzvi Yechezkeli is the best. He is the creator of the groundbreaking series Allah Islam and Hijra.

Question 2: So, what actually happened?

Answer:
About the latest atrocity in Idlib, Syria, Tzvi Yechezkeli reported that Assad deliberately, with Russian agreement, attacked Syrian civilians first with chemical weapons (Sarin gas) and then bombed the hospital in that area (which is where the wounded were seeking care).

Most of the people killed were women and children. The Syrians are reporting that 70 people died and hundreds were injured.

Why did this happen?

Question 1:
Why would Assad attack his own people?

Answer:
The purpose of this attack was to signal to all of the “rebels” standing against Assad that there is no way for them to win. The image of the lengths he is willing to go to was intended to be his “victory” image.

But why would a leader of a state bomb his own people? It is hard for people who live in democracies to comprehend what a dictatorship actually means. To the dictator, it is not the people that matter, remaining in power is the only thing that counts. This has been true throughout history, all over the world and is true today as well.

The other piece of this puzzle is the myth of Arab Nationhood. This is a European fantasy, created for the benefit of Europeans (ever heard of Lawrence of Arabia?). In reality, Syria (for example) consists of tribes. Assad’s “people” are the ones that belong to his tribe. Other people can be lived with, as long as they submit to him. If they do not, it is legitimate to fight them.

Question 2:
Why would the Russians agree to something so horrible?

Answer:
The Russians gave permission to commit this attack because they are interested in keeping Syria intact as their base in the Middle East. Assad staying in power is the easiest way to do this. If the “rebels” win, Syria disintegrates into a number of tribal areas, not controlled by any one power.

The Russians view the “rebels” as terrorists whom they want to beat. Although not all of the people in the widely-varied group labeled “rebels” are terrorists, many are: there are ISIS fighters, Jabhat Fatah al-Sham a Syrian offshoot of Al-Qaeda in addition to others who simply seized the opportunity to rebel against Assad’s corruption. The Russians believe that in the war against terrorists, the end justifies the means. In other words, if committing an atrocious attack clamps down on terrorism, that’s a good thing.

Who are the “good guys”?

Question 1: Who is on Assad’s side?

Answer:
Russia, Iran, and Hezbollah.
Support Assad and you get the largest state sponsor of terrorism in the world – Iran.

This has led to the slaughter of Syrians who are not the right kind of Muslim, the mass migration to Europe and put the State of Israel in real danger. For us it is not ISIS on the border that is the real problem, it is Iran and their pet terror organization Hezbollah

The Russians are supporting the regime’s story that they bombed a rebel weapons cache that held the gas. In other words, they were trying to rid Syria of chemical weapons and it is the “bad” rebels who caused the horror of women and children gassed to death. This is an obvious lie but if enough people will fall for it or go along for the ride, they will be able to get away with it.

Interestingly, reports from Arab media sources say that the Russians made it clear to Assad that he was not to use chemical weapons on Israeli civilians.

Question 2: Who is on the rebels side?

Answer:
ISIS, Jabhat Fatah al-Sham and miscellaneous fighters. In the beginning of the Syrian civil war, it was a video of a rebel fighter eating the liver of a Syrian soldier he had just killed that horrified the world. Who remembers that now?

The American government supported the Free Syrian Army, decided to train them and bring them weapons – before realizing that the same anti-Assad, “good guys” fought shoulder to shoulder with ISIS.

The enemy of your enemy is not your friend.

Since the beginning of the Syrian civil war, Israel has been helping wounded Syrians.

There is something about using Sarin gas that makes Jewish skin crawl. It doesn’t matter who is on the receiving end of the attack. Do you have to have had family members who were gassed to death to recognize the horror?

Our enemies are our enemies but they are also people. There are certain things you just don’t do.

Our Prime Minister was the only world leader I heard who immediately, loudly denounced the attack and demanded that the rest of the chemical weapons be removed from Syria.

Red lines need to be embedded in stone, not in the sand. Some things are just not acceptable. Obviously, women and children are not a legitimate target. Gassing anyone is horrifying. Bombing a hospital is wrong in more ways than I have words.

Thanks to Obama, Iran is on my doorstep. Hezbollah is more powerful than before the 2006 war and poses a direct, very serious threat to Israel. ISIS is also on our doorstep.

Thanks to Obama and Kerry’s lauded “diplomatic methods”, Syrians are being massacred, millions have been displaced, Europe is overrun with refugees and there are still chemical weapons in Assad’s hands.

This is a proxy war.

God help us all.

Originally published in Inspiration from Zion.

Next Post SYRIA CONFLICT: 59 Missiles That Changed the World 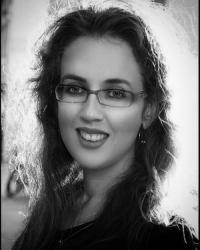