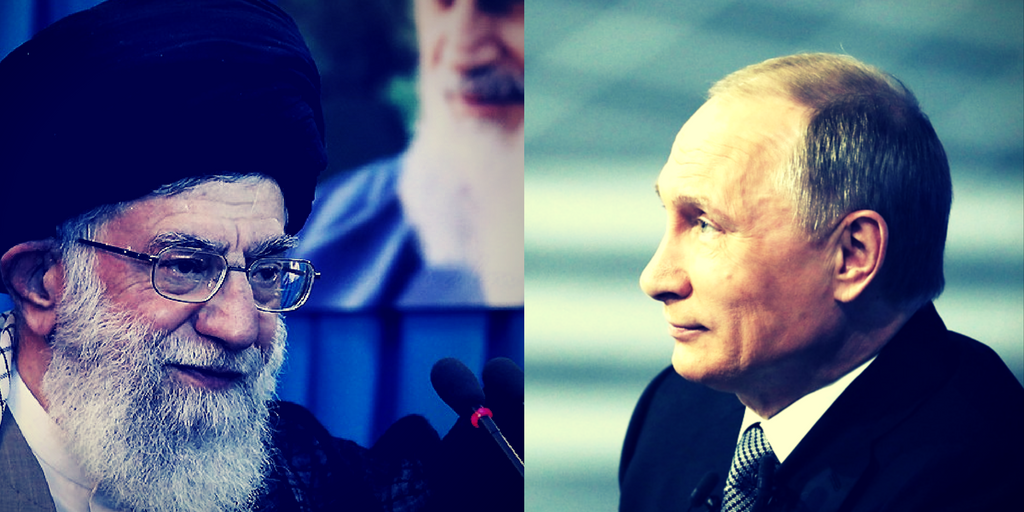 The tension in the region seemed to spike when Israel’s airforce was said to have fired 7 missiles at a weapons depot near Homs, Syria.  This occurred the same day Putin was wrapping up meetings with Iranian leader the Ayatollah Khameini.

The meeting appears to be fruitful in the sense that Iran is willing to follow Putin’s line on the Middle East.

The Tehran Times said the following about Putin’s statements at the meeting:

Putin also said Russia considers Iran as a “strategic partner” and “great neighbor” and that Moscow will use every opportunity to strengthen inclusive ties with Tehran.

Putin also praised cooperation between Russia and Iran in Syria, saying it has produced good results. He also said the two countries should go ahead with their struggle against terrorism in Syria and simultaneously help facilitate a political process for the resolution of the conflict between the Syrian government and armed opposition groups.

Also at the meeting the Khameini said:

“America is the number one enemy of our nation,” Reuters quoted Khamenei as saying. “We will never accept their bullying over the nuclear deal. They are using all the wickedness they can muster to destroy the fruit of the nuclear talks.”

Putin appears to be taking up the leadership mantle and Iran has decided to follow suit. Although Putin puts trust in one, Iran is willing to play to Russia’s tune as long as they get to take on Israel.

With Hamas, Hezbollah, Syria, and Iran all pining to take on Israel, Russia’s tightening grip on the Middle East paints an ominous future for Israel and others not willing to live under the thumb of Russia.

For its part, the US is drifting away from being a reliable partner seemingly content to nurse its wounds rather than defend its interests. This leaves Israel to fend for itself or make a bad deal with Putin.