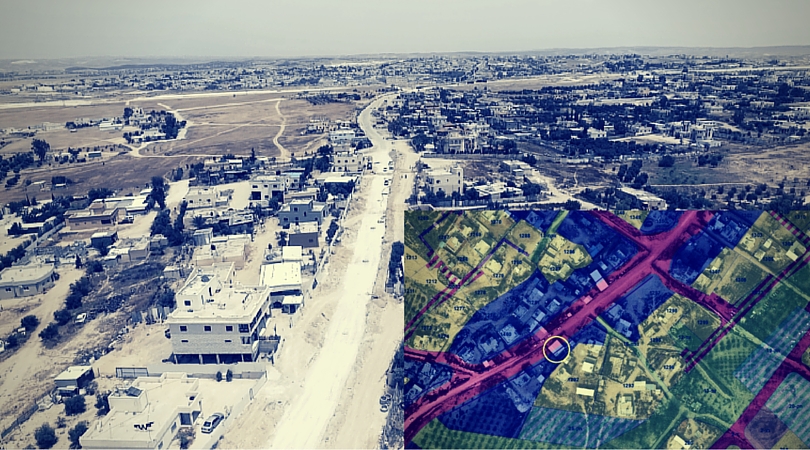 When the Begin-Prawer Plan, officially known as the Bill on the Arrangement of Bedouin Settlement in the Negev was passed in September 2011, advocates for the bill believed it would bring much needed reforms to the Bedouin communities of the Negev.

According to the PMO official press release, the bill is based on four main principles:

Segments within the Bedouin communities had long benefited from a sense of anarchy and lawlessness, yet many more Bedouins were left without real zoning and local organization to advance their communities.

Proponents of the bill argued that it was necessary to integrate the Bedouin communities more closely to Israeli society. With successive Israeli governments putting an emphasis developing and settling the Negev, the bill became threaded into the region’s broader narrative.

Five years after the Begin-Prawer plan  El Sayed, one of the villages in the El Ksom Bedouin Region that has been accepted by the State to be recognized as a community still awaits a new access road, yet the Bedouins are not the road block this time.  The local branch of Leumit Medical Insurance Company, located in an old building blocks the proposed route of the new access road.

Regavim, an organization typically focused on illegal Arab building has stepped into to help.

“One of the most important projects in the Negev is the community of El Sayed and therefore we are investing a special effort”, says Amichai Yogev, coordinator of the Southern District for Regavim.  “We are dealing with a big settlement that the access road  to it was through a narrow dirt road and distorted . The authorities wanted to promote a normal pavement of the road, so we were surprised to discover that it was the very structure of Leumit that had remained standing like a sore thumb on the route of the road, and is one of the last obstacles that prevent the construction of the access road to the settlement.”

Despite the fact that there is an existing judicial demolition order that was supposed to go into effect in the beginning of 2016, the local authorities have not rushed to start the demolition.  In recent months, Regavim has conducted extensive correspondence with the regional council, and is considering appealing to the High Court in the event the illegal building is not demolished in the near future.

In the last two years the Authority for regulating Bedouin settlements, has finalized the main access road design for the community. In order to pave the road, trees were uprooted and several illegal structures that were on the planned road were evacuated.  The only structure left on the road is an illegal structure where Leumit operates.

“Along with the consistent and systematic requests by us that the Bedouin citizens be citizens with equal obligations, Regavim makes sure that their rights are also taken care of,” says Yogev.  “Since the Leumit structure is illegal, and the residents of El Sayed deserve a proper wide road with proper safety standards, we will continue to apply pressure until the business at hand is taken care of.”