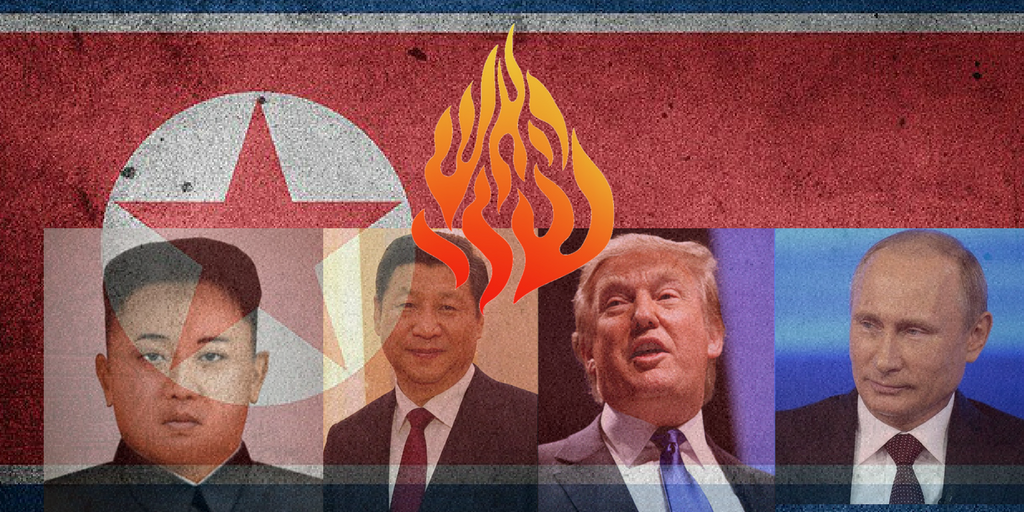 No can know how the events of the next few months will play out, but it has become clear that the world as we know it is ending. History is driven in stages.  According to Jewish mysticism time is a spiral and yet propels forward through a series of bubbles.  The bubble that has grown since the end of World War 2 and more accurately since 1948 wth the founding of the State of Israel, is about to burst.

The news has been reporting that Russia has decided to move its military to the North Korean border.

The video below has surfaced showing Russian forces and military equipment being transferred South to its border with North Korea.

This troop movement follows the Chinese moving 150,000 troops to its border with North Korea. With a North Korea ready to trigger another nuclear test, Donald Trump’s response could very well trigger a military response from both China and Russia.

Moscow reportedly threatened to veto the motion, despite its support from all 14 other members of the U.N. Security Council, including Pyongyang ally China, over the way it was worded. The statement said the U.N. was opposed to North Korea’s decision to launch a liquid-fueled ballistic missile Sunday on the 105th birthday of Kim Il Sung, North Korea’s late founder and current leader Kim Jong Un’s grandfather. Amid a recent fallout between Washington and Moscow in foreign policy in Syria, Russia argued Thursday that the U.S.-drafted statement on North Korea needed to open the possibility for diplomatic talks.

As these forces draw close to one another the great global game of control, the stakes have risen to the point that there is no turning back. The coming Korean war is not just an Asian war, it is the bursting of the bubble that is the barrier between the world as we know it and the world that is meant to come next.

There is tremendous fear in the world.  Fear is the tool of the forces of evil.  We are moments before the final battle and we have no need to fear for a moment.  Rebbe Nachman says joy is the true way to serve G-D.  Joy leads to prophecy and true connection to the Almighty.  Joy brings our prayers to fruition and it is prayer that ultimately changes the reality we experience.

The world is shattering before us.  We must be joyful that the world that is to come is the rectified experience we have been yearning for.