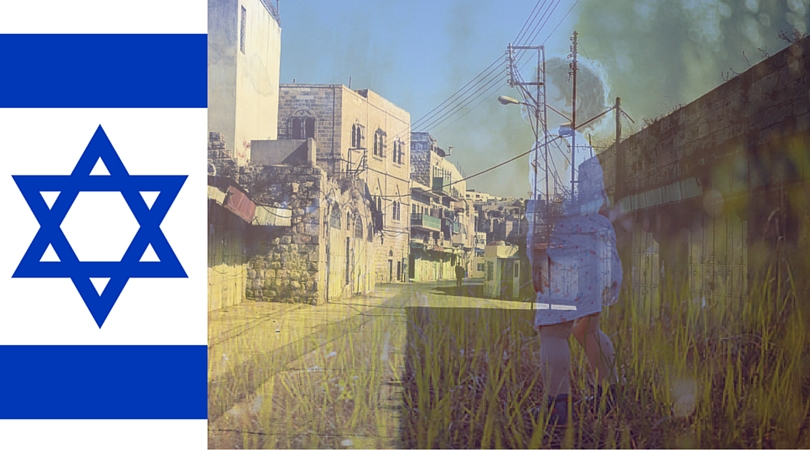 Ten days after being forcibly removed by authorities for entering two building legally bought, 20 Hebron residents are attempting to make their way back into them.  This is not the first time there has been a tumult over private land purchases in Hebron. One of the strategies used to strengthen the community is to increase the purchases in the Israeli controlled areas in order to ensure Jewish continuity from Kiryat Arba to the Jewish community of Hebron as well as between the Cave of the Patriarchs and the Avraham Avinu neighborhood.  After all, Kiryat Arba with its 8,000 plus residents is essentially an extension of Hebron.

The first Jewish residents were removed in 2008. Despite setbacks, the house was officially given over in a court ruling in 2012 to the Jewish owners who had bought it.  This ruling was held up by the Supreme Court in 2014.

The two buildings in question now stand between the Cave of the Patriarchs and the Jewish Neighborhood of Avraham Avinu. The legal purchase of these properties is clear and so the only question really is why the Defense Minister is balking.  We have noted before that he is clearly nervous of a new trend and one that would be hard for him to stop once it gets rolling.  If Jews begin to buy properties in Hebron like they do in Jerusalem’s Old City and many of the formerly Jewish neighborhoods in East Jerusalem, it will spell the end once and for all of the two state solution in the minds of both Israelis and their Palestinian counterparts.

This may be one of the roots of his fear. Control has belonged to the sons and daughters of the secular Kibbutz movement since the beginning of the State.  Turning over the keys to Moshe Levinger’s children is not on Yaalon’s agenda. Yet, at the end he may have no choice.  The energy no longer belongs with his camp, but rather has returned to the caretakers that can lead the Jewish Nation to the next stage of their National Redemption.

Reclaiming Hebron represents the most authentic form of Zionism.  David’s Kingdom began there and it was there that Moshe Levinger showed the world that the Jews could return to their ancient lands, thus reversing the injustice of the wanton ethnic cleansing of Hebron’s Jewish population in 1929.

In the coming days, the Israeli government will be forced to choose its future.  It can either decide to embrace the struggle for true Hebrew Liberation by allowing Jews to freely buy homes in the city of their forefathers or delegitimize their claims to be a government dedicated to furthering the restoration of the Jewish people to the entire ancestral homeland.