Some of Nigeria’s analysts see Muhammadu Buhari’s emergence as the “accepted” “saintly tough-guy” Nigerian corruption killer in a different light from the general make-believe one. These analysts attribute Buhari’s final success after many failed attempts to become Nigeria’s democratically-elected president to some external influences. They claim that some powerful international figures have often meddled in Nigeria’s internal affairs to affect the outcome of events in the country. And Buhari’s recent victory at the polls was not an exception.

One remarkable example that these critics cite is the especially patronizing speech by the American President Barack Obama just before the 2015 Nigerian presidential election which brought Buhari to power. In his speech Obama urged Nigerians to maintain a united country no matter the outcome of the election. Many saw the speech in which the president used an old Biafran-Nigerian wartime “genocidal slogan:” “To keep Nigeria one is a task that must be done” as an outward expression of clandestine political machinations which in the end installed a preferred candidate in Nigeria’s supreme leadership saddle.

In the opinion of many observers, Buhari is an Islamic extremist who believes that he; “will continue to show openly and inside me [him] the total commitment to the sharia movement that is sweeping all over Nigeria,” and “God willing, we will not stop the agitation for the total implementation of the sharia in the country.” Those are Buhari’s own words. For having the foisted posture of the “saintly tough-ruler” as well as an Islamic fundamentalist, Buhari fitted well the ideal consensus candidate of Nigeria’s Islamic north. He was chosen because he was believed to be a capable and willing candidate who would boldly implement the so-called north’s long term ambitious Islamic agenda for Nigeria – extending the global Islamic caliphate project to cover the entire country, including Christians’ and other religions’ areas. Nigeria for many reasons has long been considered important in this local and global Islamic caliphate agenda. It is said that the ultimate goal of this agenda for countries in Africa’s south of the Sahara is to eventually overrun and conquer them for Islam like those in the northern half of the continent. The advocates and financial sponsors of this agenda see the conquer and subjugation of the entire Nigerian geography as being strategic because by virtue of its position and clout the country will serve as a launch pad whose reaches cover the entire target-region.

The Nigerian jihad as part of the greater global Islamic agenda

In Nigeria today there are two manifest champions of this “global caliphate” agenda. They are members of the deadly Islamic terrorist group Boko Haram who have very strong connections with the most powerful people in Nigerian political, military and business establishments. The second group is also an equally well-connected Islamic terrorist group modeled after the fearsome Sudanese Janjaweed. Its members are mostly Fulani, members of the ethnic group (the group sometimes referred to as Nigeria’s “born-to-rule” over others) from which the current Nigerian president comes. They are generally known as the Fulani Cattle Herders (FCH.) Like Boko Haram, Fulani Cattle Herders are also generously financed by the northern elite and ruling oligarch class.

In the last few decades Saudi Arabia and some other Islamic countries like Iran, Turkey and Nigeria have dreamed of and fanatically pursued the archaic fantasy of an eventual Islam-subjugated world. These countries have expended in the process, a chunk of their petrodollar and other national incomes in pursuing the agenda. Some observers think that they have been successful in more ways than most people will care to admit. It is believed that among other achievements, that perhaps their greatest is being able to successfully infiltrate the Western news media establishment. Through this subversive penetration of the mainstream news and information dissemination process of Western societies, the jihadists have over the years, exerted pervasive subtle but unmistakable influence on the editorial opinions of media outlets in the West. Some analysts think that the prevalent editorial stance of most mainstream Western media where each tries to outdo the other on who would best be described as the most “politically correct,” “tolerant” and “civilized liberal,” can hardly be explained otherwise.

The infiltration seems to be so thorough and complete that today no matter how realistic and objective a critic is, there will always be a way to accuse him or her of being “politically incorrect,” suffering from “islamophobia” and expressing a “dangerous far right extremist views.” Today anyone can easily bet their most valued possessions to predict that the editorial opinions of Western media will always sing in unison the well-rehearsed chorus that “not all Muslims are terrorists” therefore the critic who deviates from the accepted “liberal” and fear-induced “civilized tolerance” is condemned and labeled; “unsophisticated,” “bigoted,” “crude” and “uninformed racist.” The new Western standard is simple; even after the attacker had called the authorities on the phone to announce their reason for the attack, Western authorities in the name of “not being at war with Islam,” should spend an endless period of time investigating to ascertain the motive behind the attack.

The ultimate goals of all terroristic or Islamic jihad campaigns are to receive attention, elicit fear and intimidate or cow the target-victims (the infidels.) Those goals have substantially been achieved in many places around the world, Nigeria inclusive. The ongoing global jihad has not only successfully used fear and intimidation to cow much of the international community, it has also compelled everybody to “tolerate and endure happily” the prevailing globe-wide displays of barbaric Islamic violent extremism. So, the fear campaigns have successfully cleared the way for the emergence into powerful offices, such extremist bigots like Buhari in dysfunctional societies like the Nigerian country. As a result, people in the mold of Nigeria’s present leader, rather than being censored are patronized by such world leaders like United Nations’ Ban Ki-moon with such unrealistic words like: “You are highly respected by world leaders, including myself. Your persona has given your country a positive image.” Yet the so-called Nigeria’s “positive image” is nothing more than the continued descent to the lowest levels of religious intolerance and flagrant abuses of the human rights of peaceful citizens. The brutal killings of hundreds of non-violent Biafran separatist protesters by government security forces are too recent to be swept under the carpet by the patrons of these extremist elements.

While campaigning for and on assumption of office, Buhari did not need to present any complex political agenda. Having proved himself as an Islamic fundamentalist, he could cash in on the well-established global jihad’s political capital of the “global caliphate.” Nevertheless, Buhari who became the posterchild of Nigeria’s “saint-and-tough-guy” messiah, winning became a do-or-die obsession. At 70 plus years, he became desperate as he felt that time was running out on him. In his own words; “baboons and dogs would be soaked in blood” should he fail again to win the election to become Nigeria’s next president in 2015.

Buhari and his handlers managed to convince the uninformed public that he was the “poor” candidate who never stole money since his more than forty years in public office (but there are abundant public records to the contrary) who is suited to kill the monster of Nigerian corruption. Yet this wretched candidate was able to easily afford the $10 million consultancy fee of the American political strategist David Axelrod of the Obama phenomenon. So, an indigent Buhari who would kill the Nigerian corruption saw nothing wrong in paying a “modest” $10 million to a foreign political consulting firm for a local election in a country where the people live on less than $2 a day. 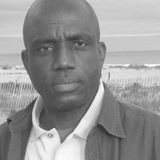