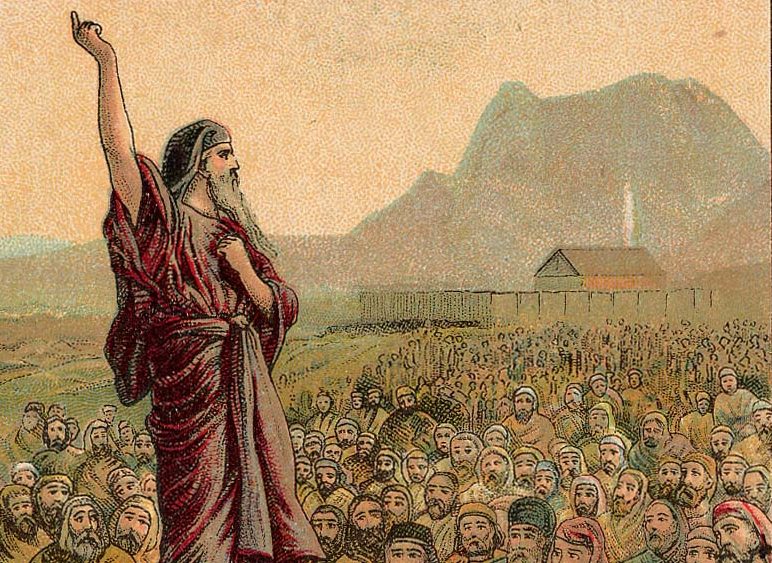 “Moshe went and spoke these words to all of Israel. He said to them, ‘I am a hundred and twenty years old today; I can no longer go out and come in, for HaShem has said to me ‘You shall not cross the Jordan’. HaShem, your G-D – He will cross before you, and you shall possess them; Yehoshua – he shall cross over before you, as HaShem has spoken.’” (DEVARIM 31:1-3)

Moshe – who taught, guided and nurtured the Children of Israel for forty years in the wilderness – was not to be permitted into the Promised Land. The prophet who had received the Torah on Israel’s behalf would be forced to take leave of his people just before the liberation of Eretz Yisrael and the establishment of HaShem’s Divine Kingdom therein.

“G-D said to Moshe, ‘Whoever acknowledges his homeland is buried in his homeland. Yosef acknowledged his homeland, as it is written, ‘for indeed I was kidnapped from the land of the Hebrews…’ (BEREISHIT 40:15). You did not acknowledge yourhomeland… How? The daughters of Yitro said, ‘An Egyptian man saved us from the shepherds’ (SHEMOT 2:19). You heard them and remained silent. Therefore you will not be buried in your homeland.’” (Devarim Rabbah 2:8)

Although he had been raised as royalty in Pharaoh’s palace and had never in his life actually seen the Land of Israel, Moshe was held accountable for allowing himself to be referred to by others as “an Egyptian man.” Regardless of where we each currently reside, Jews should be vigilant never to view ourselves as belonging to any people or nation other than our own. Moshe, the paradigm of Hebrew unity and national responsibility – who killed an Egyptian on the spot for merely striking a Hebrew slave – was penalized for neglecting to protest when being referred to as an Egyptian. This episode illustrates the gravity of viewing ourselves as German, French, American or any nationality other than Israeli. We must understand thatIsrael is one people with one country and one collective mission reflecting the Torah’s blueprint for an ideal perfect world. And it is only through the advancement of Israel’s national aspirations that humanity can attain higher consciousness and total blessing according to HaShem’s Divine plan for Creation.