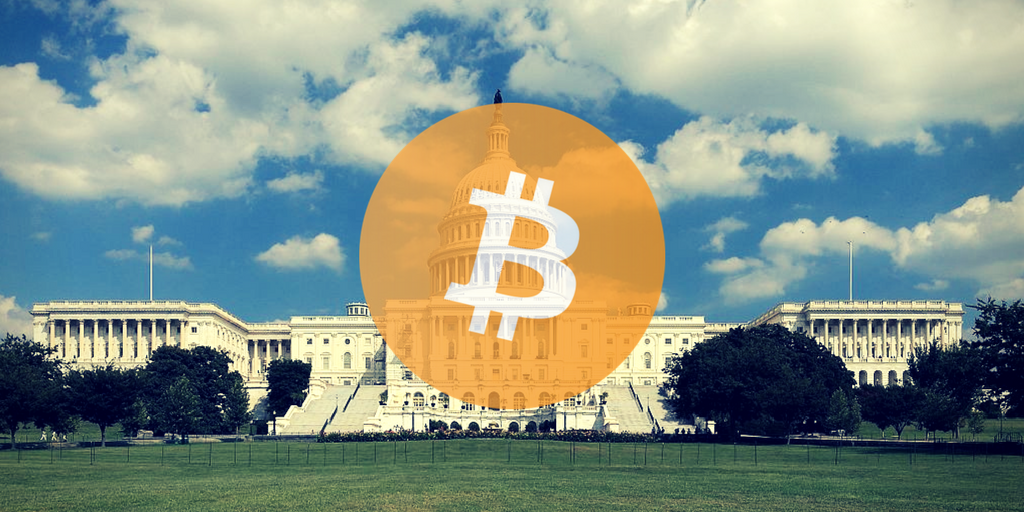 It is always amusing to hear people dismissively claim that Bitcoin is a ‘bubble’ or that it isn’t backed by anything. What most tend to overlook is that the ‘real bubble’ exists with all fiat currencies, which are all backed by nothing. As of this writing, the total cryptocurrency market cap is approximately $300 billion (down from last month’s high of around $800 billion). When compared to the global money supply and global debt markets, the cryptocurrency space is miniscule. As I’ve said a few months ago, the current system of central banking will end and the only remaining question is what will replace it.

There is no better example of a fiat currency bubble than the US dollar. While the tax cut just signed into law has provided immediate benefits to the US economy, few have attempted to address the enormous national debt burden.

Here are some basic facts on the US fiscal condition:

Historically, the Federal Reserve has raised interest rates to prevent inflation. For example, during the prior ‘tightening cycle’ (2004-2006), the fed funds rate was increased by 400 basis points (~1% – ~5%). Today, the current fed funds rate is 1.5%. A recent CNBC report forecast a 2.24% fed funds rate at the end of 2018, up about a quarter point from the prior survey. The Federal Reserve can in no way deviate from these projected increases. If it did, interest payments on newly issued debt and on maturing debt would skyrocket which would further exacerbate the national debt problem. Massive reductions in government expenditures to reduce the deficit would lead to societal chaos. Discounting some windfall capital recovery (not likely even from this executive order), the only way the US Treasury can realistically continue to pay interest on this massive debt is by keeping rates near historic lows with small yearly increases. Optimistically, low interest rates would enable the US to grow its way out of its debt. Perhaps, that is why the President has maintained such a close relationship with major banks (reversing his campaign promise). In December, the Trump administration waived punishmentfor these banks over prior crimes.

Last Friday, the 10-year Treasury yield surged to 2.845 percent, the highest since January 2014. Yields closed lower on Monday as the historic selloff in stocks sparked demand for low risk debt. Conversely, some have attributed the major drop in the stock market to long term concerns over bond yields. Since 2009, the Federal Reserve has engaged in massive money printing (i.e. QE1, QE2, etc.) to ‘stimulate the economy’. If this were sound monetary policy, Venezuela and Zimbabwe would be beacons of economic success (which they are not). The US is the beneficiary of the US dollar’s role as the world’s reserve currency. Multiple iterations of QE (money printing) have enabled the Federal Reserve to purchase treasuries and effectively keep interest rates low while capital has flowed into assets such as real estate. A future ‘black swan’ event (like the Chinese selling off their US treasury holdings or a bank run) may occur when bond yields rise suddenly. In that case there must be yet another iteration of QE.

So, we have established two points:

Fundamentally, printing money to pay your expenses should be considered a credit event (default). There are times where a devaluation of a nation’s currency is necessary. One of the most egregious examples of this was in 1933 when President Roosevelt signed Executive Order 6102 which required all in the US to exchange their gold for $20.67 per ounce. Over the next year, the president then raised the official gold price to $35 per ounce, effectively cutting 40% off the US dollar. There has been global discussion (primarily from China) of the US dollar’s demise as the world’s reserve currency. In the past, precious metals were the sole alternative to fiat currencies. Now, cryptocurrencies have emerged as a possible alternative. Israeli Prime Minister Netanyahu even stated in December that banks will eventually disappear due to blockchain technology.

Cryptocurrencies have exhibited massive volatility losing 30% of its combined value over the past 24 hours and 60% over the past month. Lately, there has been a slew of negative news in the cryptocurrency space. This past weekend, most major US credit card issuers including Bank of America, JP Morgan and Citigroup banned the use of their cards to buy Bitcoin or other digital currencies. Prepared testimony for Securities and Exchange Commission (SEC) and Commodity Futures Trading Commission (CFTC) chairmen was released yesterday and suggest that the US government could slap further regulations on cryptocurrencies in the near future.

Still, the unprecedented rise in cryptocurrency prices (part of the ongoing global currency reset) has enabled an effective stealth devaluation of the US dollar. There has also been evidence of positive benefits to Japan’s economy from cryptocurrencies. Nomura analysts estimate a wealth effect from unrealized gains on Bitcoin trading by Japanese investors and a potential boost to real GDP growth to Japan’s economy of about .3%.

One of the characteristics required for a cryptocurrency to be defined as money is to act as a medium of exchange. There have been all sorts of rumors that major Internet and traditional retailers will start accepting cryptocurrencies as payment in the US (they already do in Japan). Recently, Starbucks chairman Howard Schultz said he believes digital currency will catch on with consumers, though not necessarily Bitcoin. While there is plenty of speculative and unsupported euphoria, any chief executive of a public retail firm has a fiduciary duty to their shareholders to investigate the acceptance of other types of payment methods. As of a week ago, interest remained strong as over 1 million people joined a waitlist to register for cryptocurrency trading with Robinhood.

For a great perspective on the practical use of cryptocurrencies, I highly recommend watching Mike Maloney’s video on the crypto revolution. Note that there are other amazing technologies like holochain and hashgraph that may compliment or even compete with blockchain platforms. For those concerned about a future ban on cryptocurrencies, please watch this video from Andreas Antonopoulos (well-known speaker on bitcoin). An outright ban on cryptocurrencies in the US is highly unlikely. It would be a mistake to think the US government will accept some kind of market crash just to prevent a rise in cryptocurrency prices.  In addition to any economic ‘wealth effect’, the US economy can benefit from the efficiencies in industries that use blockchain technologies. One of those areas is social media where censorship issues with Facebook can be avoided. Steemit, a social media platform with virtual currency rewards that runs over the Steem blockchain, is an alternative that has garnered attention recently.

Published in News with Chai