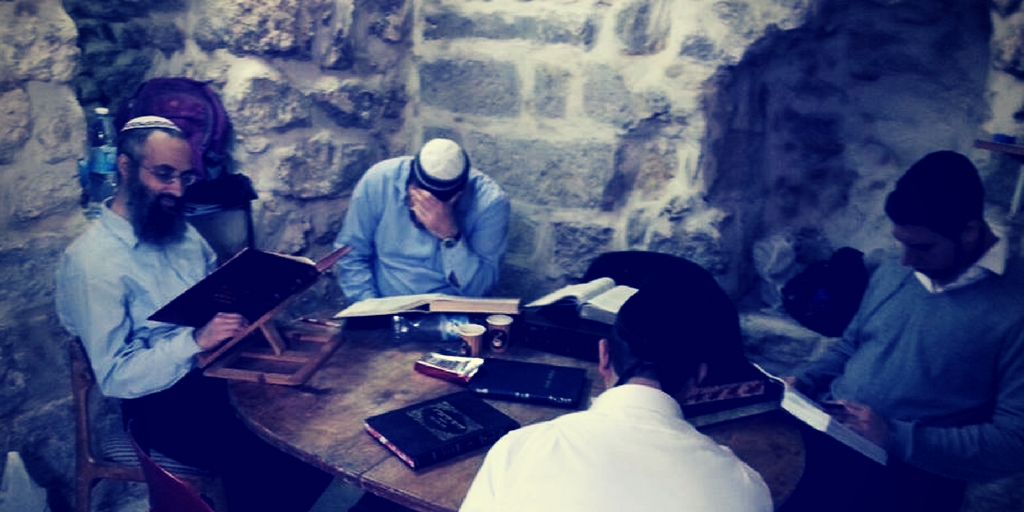 It may not seem large, but the small Jewish property recently renovated is the first such reacquisition in this part of the Muslim quarter since Arab rioters forced Jews out in the 1920’s.  With its low ceilings and shared coutyard with the neighboring Arab family, the new/old property already hosts yeshiva boys.  Unlike other reacquired properties, the newest one is considered a direct security risk for those who have dared to move in.

That has not deterred Jerusalem’s modern day pioneers from pushing forward and filling of the property with the new move culminating in a prayer session within the ancient ceilings.

First Mincha minyan in the most recently-reclaimed Jewish-owned house in the Old City of Jerusalem!

In recent months those who ventured to check on the property met with violence from locakl Arabs as gangs of Arab youth often times threw rocks, even injuring one young Jewish student.  Other times they threatened to kill and maim those who dared to walk down their streets.  The neighborhood is known as such a violent area that even Israeli border police don’t venture there.  After today that all changed.  With new Jewish residents, Israeli security forces are obligated to protect the residents ensuring their safety.

“It was the last remaining area of the Old City that was off-limits to Jews – no longer. Now Jews can walk proudly through every alley!” states Rabbi Ben Packer of the Heritage House.