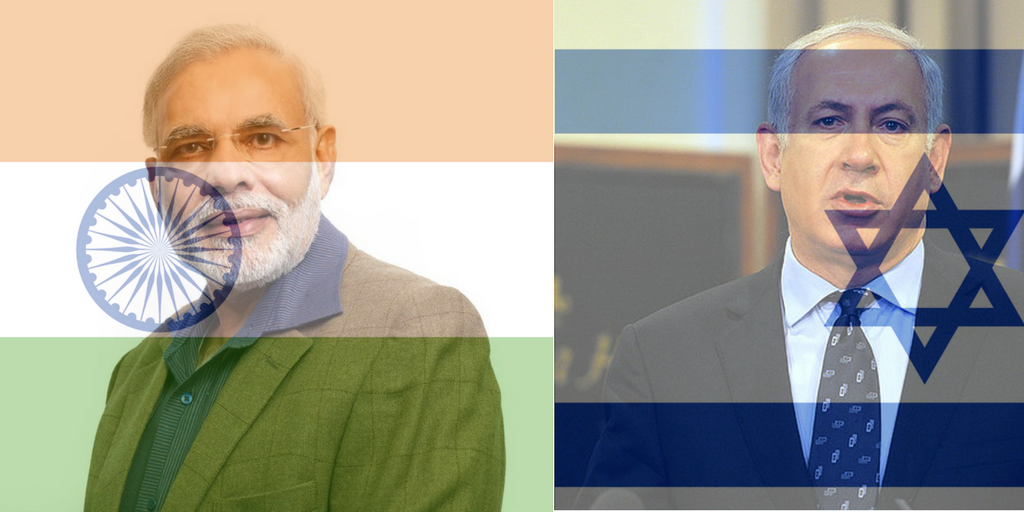 In 1948 two former British colonies were partitioned and given independent status.  Like the British Mandate of Palestine, the Indian sub-continent had a rocky relationship with their colonial masters.  At the end the British pulled out of both places due to the yearning for independence within the ancestral peoples of the Land of Israel and India. With relations between the Hindu majority India and the Jewish state of Israel growing at a fast pace on all levels, the parallels appear divinely ordained.

In both areas, as they did in many of their colonies the British supported regime friendly leaders while backing Islamic insurgencies to pressure and weaken the hold of the real indigenous party over their ancestral land.  These policies proved successful as they led to the “necessary” partitioning of both Israel and India. By partitioning their former colonies the British, as well as other Western neo-colonialists would ensure the economic and even military dependency of their former colonies.

Nearly 70 years later, Israel and India are no longer dependent on British military and economic might and over the last decade and a half have forged a growing economic, technological, and now military alliance.

In the latest development Israeli Science, Technology and Space Minister Ofir Akunis met his counterpart Harsh Vardhan last week in New Delhi. The ministers signed a scientific collaboration agreement between Israel and India under which each country will appropriate $1 million for joint research ventures in 2017.

“We are expanding our cooperation in many fields, including science, technology, and innovation,” Akunis said.

In November India signed a $1.4 billion contract with Israel Aerospace Industries and is waiting for ten armed Heron TP UAVs , set to be delivered within three years.  The deal is worth $400 million.

With a billion people in India, making it the largest democracy in the world, Israel finds a partner that has no in built nor cultural hint of anti-Semitism (Jews have been living in India for 2000 years) and fights against the same past and present enemies as itself.  Through technology and military partnerships as well long time cultural connections the two countries are set to impact the globe way beyond their regions.  It is the ultimate partnership that will shake the global order currently controlled by the US, Britain, EU, China, and Russia.

Watch PM Modi speak about the relationship below: